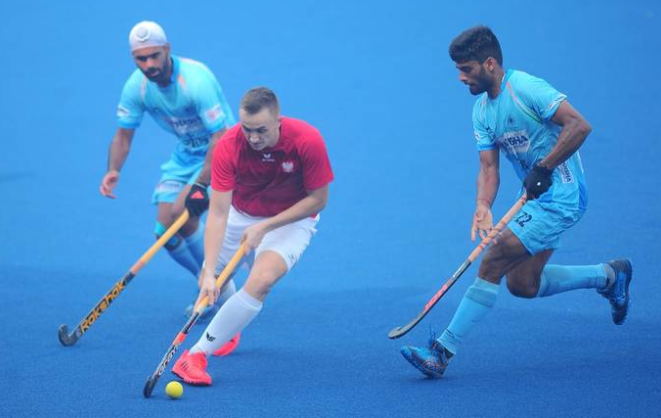 Continuing their winning run, the tournament favourites India defeated Poland by 3-1 on Friday.

One might call this match as a goofed up performance from the Indian side as well because it was not long ago the Indian team destroyed almost the same side 10-0 at the Azlan Shah Cup.

Relatively poor defence and also the team managed to convert only one of their five penalty corners and definitely we have to give it to the defence of the Poland side who lived up to the expectations.

It was the Skipper Manpreet Singh who led the team from the front with two goals, one to open the scoring and the other to put India back to the lead after Mateusz Hulboj scored the equaliser. The third quarter goal from Harmanpreet gave India a 3-1 win.

Now assured a semifinal spot, the Indian team must regroup as soon as possible because as we go into the tournament it only gets tougher.