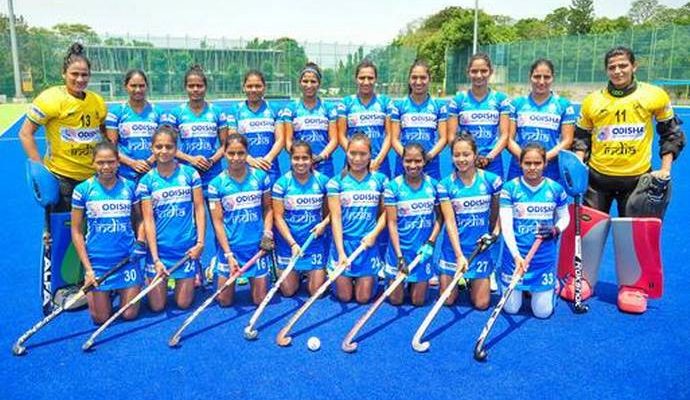 After two dominating performances in the tournament, the Indian women destroyed Fiji 11-0 on Tuesday at Hiroshima.

India began their attack right from the word go and at the fourth minute of the play, the pressure on the Fiji team allowed them to score an own goal. Six minutes later, the captain Rampal scored off a penalty corner, thanks to the perfect timing.

In the next two minutes, India had two goals, one off Monica and order off Vandana. Both of them were super similar. Dribble and a tap past the goalkeeper.

The fifth goal of the quarter came from Gurjit Kaur who converted the penalty corner.

The second quarter started with Gurjit scoring three consecutive goals, one from a flick and other from the Penalty corner and her fourth from a powerful flick again.

After making it 8-0 in the first two quarters, India played a poor game in the third with converting only one goal which was by Monica.

During the 51st minute of the match, Lilima Minz provided the goal of the day with a reverse shot. From the edge of the circle, she managed to get it to the other corner.

India ended their proceedings with 11-0 as Navneet joined the party as well with a powerful strike.

India now will finish top of the Pool A with nine points and a goal difference of +19.