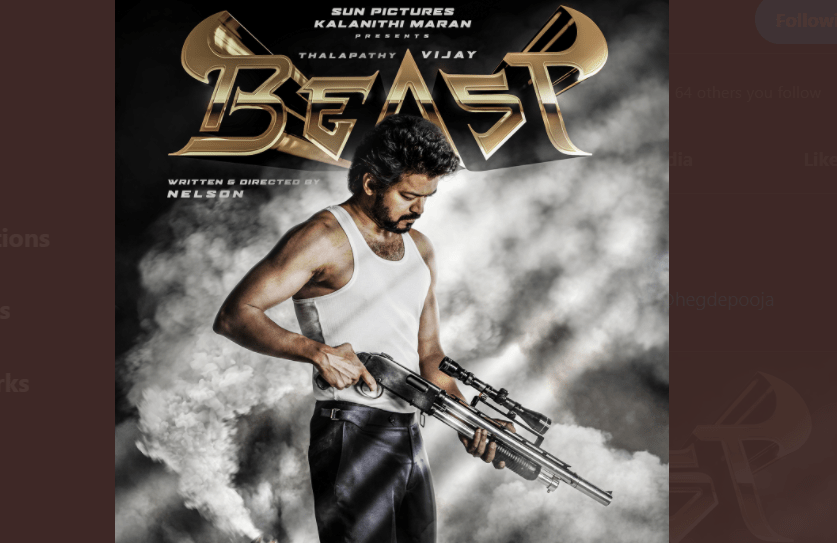 First look of Actor Vijay’s next is here!

The first look of actor Vijay’s next film was revealed on Monday, thereby, revealing the title as well. The film which will mark his 65th, has been titled as Beast.

The first look was officially released by the producers Sun Pictures. The film is written and directed by Nelson Dilipkumar and has the music of Anirudh Ravichander.

Actor Pooja Hegde will play the other lead in the film and will also star Yogi Babu, Shine Chacko, VTV Ganesh and Aparna among others.

Friends: The Reunion Invites You To Embark On This Nostalgic Ship

I am honoured: Kangana Ranaut opens up on ‘Thalaivi’

Dil Bechara: An intense as well as emotional ride

Losing Alice: A Stunning Overture to a seductively Ominous Drama

Lollu Sabha is back on Vijay Television!