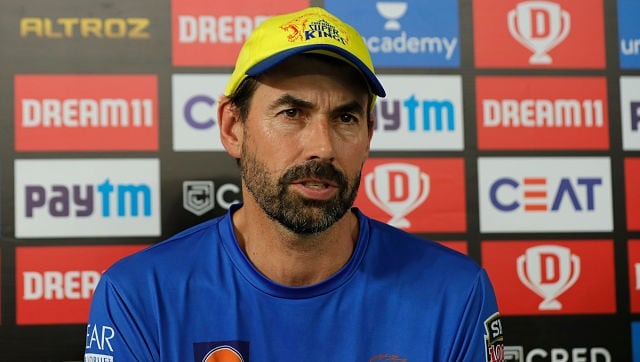 Chennai Super Kings coach Stephen Fleming opened up about the reason why the management sent Kedhar Jadhav ahead of Ravi Jadeja and Dwayne Bravo.

“At the time, we thought that Kedar could play the spinner well and dominate, while Jadeja was there to come and finish. But in the end, there was too much work to do and we fell short,” Fleming said at the post-match press conference.

“We’ve got so much batting resources. Kedar is a late middle to the late batter for India. We could have gone a whole lot of different ways.

Today Kedar had some balls but that didn’t work out. You always put players in different areas and that’s just when you have so much batting talent to choose from. It’s one of the things we look at, but it’s all in hindsight.”

Fleming agreed that the plan backfired, but felt that in scenarios, the team should be able to finish off close games.“If we could have got one of those players to 75-plus and continued that partnership for another maybe four or five overs, the game might have been a lot different. Kolkata hung in there long enough to put pressure on us and we just couldn’t accelerate. We feel disappointed that we let it slip,” he said.

Talking about a replacement for Suresh Raina, Fleming said that they have got enough resources. “The performances like today, with the experience we have got, we should have put it away. We have got a lot of batsmen anyway so the balance is very good with the six bowlers. I don’t think an extra batsman is going to help,” he said.

Chennai Super Kings lost their last outing against Kolkata Knight Riders, something they should have won with ease. KKR bounced back well during the death overs and managed to win the match by 10 runs.

Proud to be an Aggressionist

Post-Corona, ball manufacturing needs to be looked at: Sachin Tendulkar