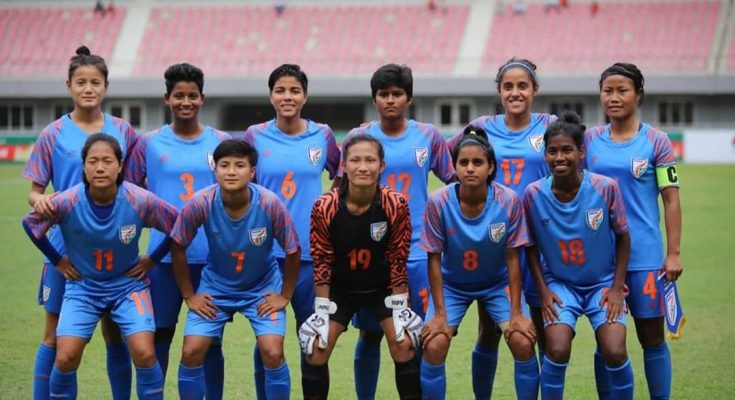 Indian Women Football team held Myanmar 3-3 and missed out a chance to make it to the next round, round 3, of the 2020 Olympics qualifier on Tuesday.

India and Myanmar got seven points each from three matches but the home team advanced to the third round on the basis of superior goal difference (plus 8 as compared to plus 4 of India).

With the average age of 21, India did put up a great fight to lead Myanmar twice but failed to capitalize on it as they ended up with a draw.

Sandhiya Ranganathan gave India an early lead in the 10th minute but Myanmar’s hat-trick woman Win Tun found the equaliser in the 17th minute. She then scored again in the 21st minute but Sanju equalled it in the 32nd minute.
Ratanbala Devi then gave India the lead with 64th-minute strike but Tun levelled it yet again in the 72nd minute to complete her hat-trick.

India then tried their best to break through the hosts’ defence, unfortunately, they couldn’t as the teams ended up with 3-all.

Though the result is disheartening, the young girls tried their best but it just wasn’t their day.

The results of the other three matches that India played were: