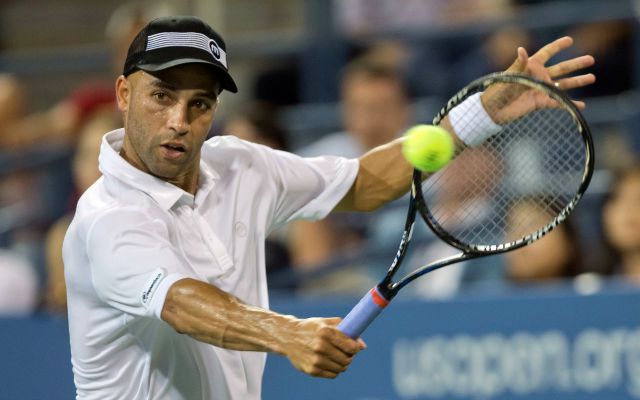 Former Tennis star James Blake opened up that he is still shaken by an encounter with cops he had five years ago.

Blake was in town that day for the U.S. Open and standing outside a Manhattan hotel.

“I thought someone was running at me that was a fan, someone that was going to say, ‘Hey I saw you play so and so, I was at this match, my kid plays tennis,'” Blake recalled.

“I’m smiling with my hands down.”

But Blake, who is black, had been mistakenly identified as a suspect in a credit card fraud scheme.

Video showed the undercover officer grabbing him by the arm, throwing him to the sidewalk face down and handcuffing him.

All of which intensified Blake’s reaction to video of George Floyd’s death shortly after being detained by Minneapolis police last week.

“I went to bed very sad and very deflated, seeing this over and over again,” Blake said Tuesday from his home in San Diego.

“It saddens me to see that kind of policing is still going on, that kind of brutality, particularly how often it is aimed at the black and brown community.”

Blake said that this made him an “accidental activist”. He said that he began to use his “celebrity status” to speak more openly about racism and police brutality.

“…I would love to change this, but for the rest of my life, I’m probably going to be more nervous about any encounter I have with a police officer,” he said.
Blake said Floyd’s death underscored how lucky he was to walk away from his own ordeal.

He’s grateful no one was with him at the time, including his daughters, now 6 and 7.

“I haven’t shown them the video of me getting taken down, because I don’t know if they would understand it quite yet,” Blake said.

“With what has been on the news the past week, my wife and I have started thinking about when we’re going to start talking with them about a lot of these issues, police brutality and racism and what goes on in this country,” he said.