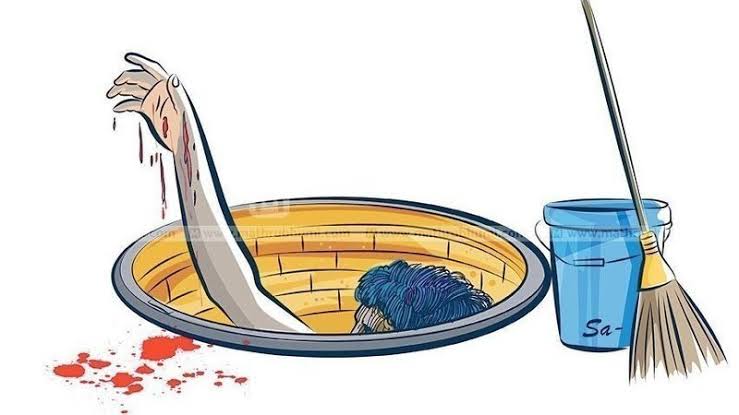 A long ago, I tried to google some facts regarding manual scavenging and it was disheartening to see the numbers in India and how they are being treated.

There is caste oppression and most importantly, there is no safety for their lives.

Here is an example.

Four men died of asphyxiation after entering a sewage tank at Keela Chekkarakudi near Mudivaithanenthal in Thoothukudi district on Thursday.

The men identified as Pandi (24), Raju (19) and Bala (20) of Veeravanallur and Dinesh (23) of Alangulam were accompanied by private septic tank cleaning vehicle and was engaged by Somasundaram of Keela Chekkarakudi village.

After filling the cleaning vehicle with the liquid wastes, one of the men went inside to remove the solid wastes and couldn’t survive the poisonous gas. He died inhaling them and three others followed.

As they didn’t return, the people were “shocked” and called the police and fire department.

The bodies were retrieved and sent them to Thoothukudi medical college hospital (TKMCH) for postmortem.

Police are currently investigating the case.