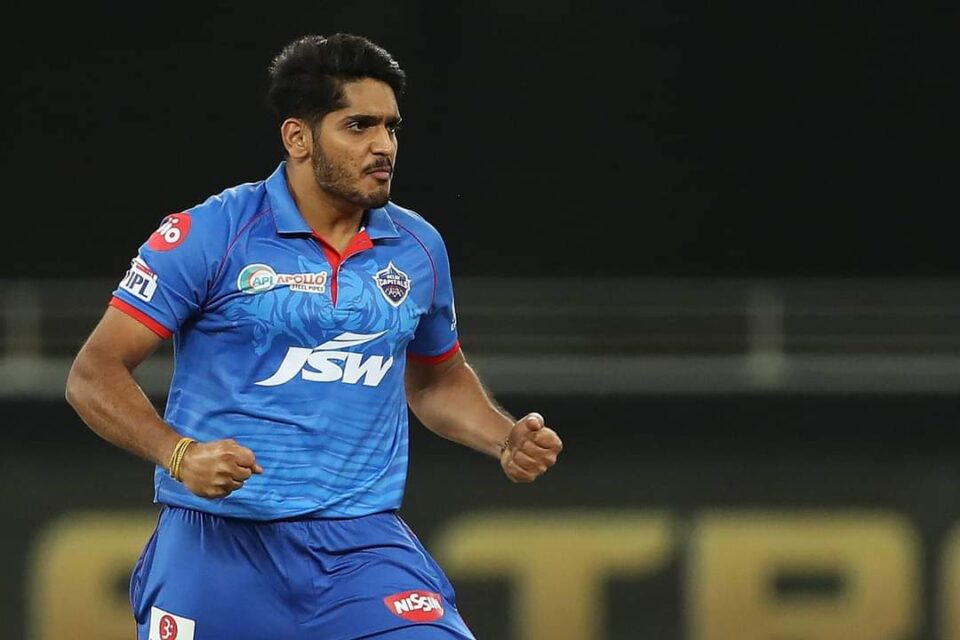 Some people fall in love with the game very early. Cricket is certainly an addictive drug, isn’t it?
Tushar Deshpande also fell in love with the game when he was very young. He wanted to be a bowler, a fast bowler. Bowling more than 140kmh has been his dream right from his childhood. His parents wanted him to take up coaching classes, and he did. Lesser did he know what followed. He was flat-footed. The normal practice with flat-foot would lead to severe injury to the leg, hip and back and so, he required special drills and training along with corrective footwear to develop a normal arch.

Shivaji Park Gymkhana is probably one of the best places to learn the game. Deshpande was in his 7th grade when he came to know about the open trails at the Shivaji Park. His family took him to the place, and he was selected.

Now, Deshpande hails from Kalyan, something around 50kms from the academy. He had to strike a balance between his studies and the practice. So, he would start early for school and would return in the afternoon. Then he would get ready for his practice and would take the express train. If there was no express train that day, he had to use the crowded local train. He not only had to stand but also had to carry his kit bag for more than an hour. A few years later, the family decided to move to Mumbai to help him train properly.

His speed made heads turn, and he went on to play U-14, U-16, U-19 for Mumbai. Soon, he received his Ranji Trophy call-up in 2016. Luckily for him, Shardul Thakur was called-up for the Indian team and Deshpande got into the playing XI for the first time. He ended up picking up 21 wickets from his 8 matches. Everything was going according to the plan for Deshpande.

2017 took a different turn for Deshpande. He injured his ankle and had to undergo a surgery which kept him away from the game for months. During the month of March in 2017, his mother was diagnosed with ovarian cancer. Since he had no siblings, he had to take care of his mother along with his father.

So, his day would begin with a rehab session then he would take care of his mother till night and slowly began his training again. There were a few financial restrictions as well because both his surgery and his mother’s cancer treatment happened in the same year. He was down and out mentally. However, his family made sure to give him the mental support. He found comfort in Dale Steyn’s bowling videos.

2018, he was back on track. He wanted to announce himself. He was super aggressive on his return and ended up picking 15 wickets in the Vijay Hazare Trophy and helped Mumbai to lift the trophy for the first time in 12 years. He was a part of Ranji Trophy team as well where he picked up 17 wickets from 5 innings. While people began to take a note of him, his mother’s happiness meant the world to him. Her only wish was to see him play in the bigger stage.

While she was enjoying the success of her son, 2019 wasn’t kind to her as her cancer returned. After 24 chemotherapy sessions, she lost the battle to cancer on 5th March 2019. It did take a toll on him but all he could remember at that time was the promise he made to his mother, the promise to keep playing the game.

Thus he returned to the team, very next day for the travel and went on to play against Indore a day later. He ended the tournament as the second-highest wicket-taker for the team with 9 wickets. He soon made it to the India Blue team in the Deodhar Trophy and then India A. Impressed by his pace and performance, Delhi Capitals bought him in the auction which happened in December 2019.

On 14th October 2020, he got his first opportunity to play in the IPL 2020. He ended up picking up two wickets, Ben Stokes and Shreyas Gopal. He also bowled a good final over to take Delhi Capitals home against Rajasthan Royals.

As he ticked off one from his list, his next aim is to play for India in Test cricket, something his mother wanted badly.

From the Bottom of our Hearts