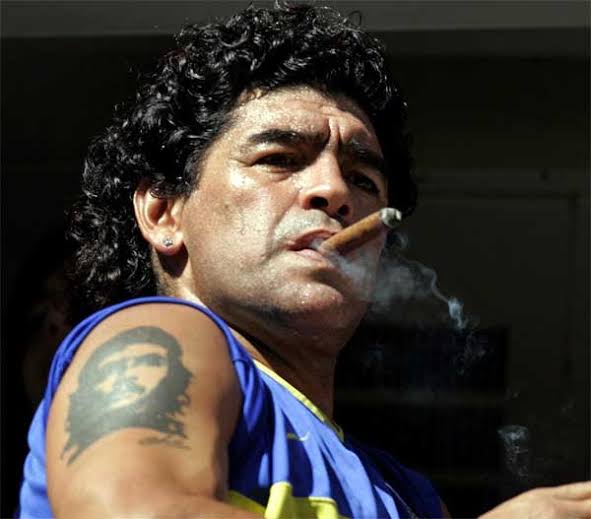 Some footballers become greats in the sport while some elevate the game to a different level, to the level of art.

Watching Maradona with the ball, running to score a goal was an art, a classic concert. It is more of the art that stays with you forever. It is like your favourite movie which never bores you, in fact, keeps you going and helps you to get through your bad day, even if you had watched it million times.

Maradona’s story wasn’t all about his greatness on the field. It was off the field too. We all know his rags to riches story, and also we all know the broad outline of his fall from grace story.

Even though we lost sight of his career with time, he never stopped grabbing headlines. He was always there. Although, sometimes, for the reasons, he didn’t want to. Apart from the supernatural skills- something that was rarely seen before and seen since- he possessed, the special thing about Maradona was he was always full of life, and that includes a lot of drama.

Maybe, the fame was just too much for him that he became totally unrecognizable in his later years. Millions of operation to his soar knee and his fight with drug addiction for decades didn’t help as well.

Of course, he did turn things around and went on to become a manager of various teams and was closely associated with the game. The love he had for the game is indescribable, just like how the fans loved him.

For Argentina, he was everything. He was the man who escaped those stereotypic notes that were written about Argentina and their people and made the world to take notice of the country, in a good way. Then there were times where the whole world fell out of love because of his fall, and it’s a different story. That’s for another day.

For other countries, he was more than just a player. Statues were unveiled every single month all around the world, and some still worship him as God even today.

In 1960, when he was born in Lanús, nobody would have thought that he would even become a football star, and 60 years later, it is just hard to believe that he was mortal. Maybe, he isn’t. Maybe, he just went back to his planet where he came from.

Though he has left for a better place now, his legacy, the number 10 will always talk about him and his greatness on the field.

Of course, he wasn’t perfect. He had flaws and he did make mistakes. His life was unscripted and had enough dramas to be called as a classic cult film. Sometimes, these flaws make a better story. A better inspiring story. Maradona is one of them.