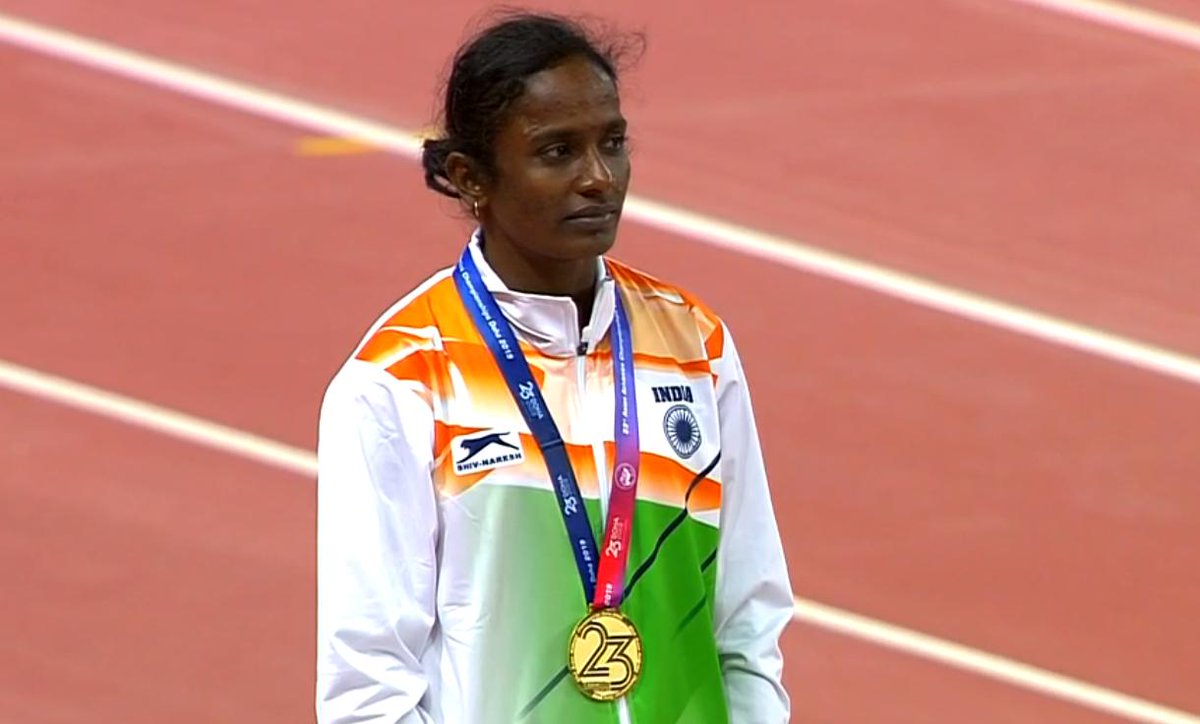 The Indian athlete Gomathi Marimuthu who recently made heads turn with her Asian Athletics Championship Gold, has failed the dope test.

The ‘A’ sample of the 30-year-old runner has returned positive for the banned substance, steroid during the test at Athletic Championships in Doha.

It looks like was tested positive during the National Anti-Doping Agency collected in Patiala during the March 15-18 Federation Cup.

Now, Gomathi has been handed the provisional suspension and could be banned for four years if the sample B also return positive and India will lose the Gold medal.

However, Gomathi, in an interview says that she is unaware of the incident.

“I have never doped in my life. Even during the Asian Championships, I remember taking mineral water. The news of me failing in dope test is not true.” She says.

Saina Nehwal all set to marry her boyfriend Kashyap