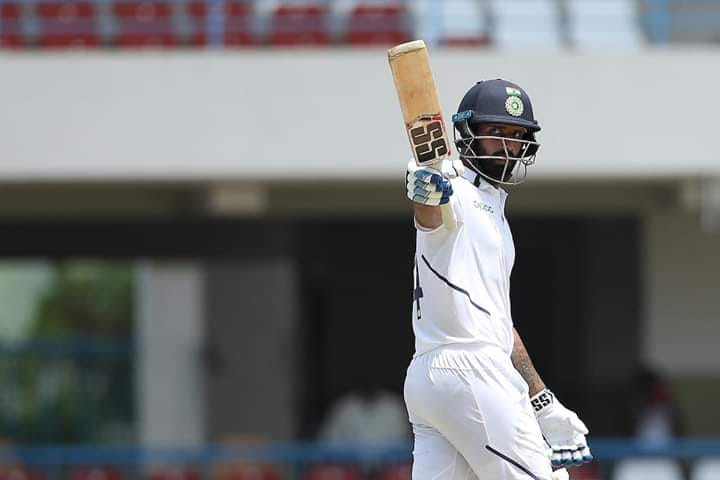 Hanuma Vihari, who came to bat when India lost their vice-captain Rahane during the first day of the play. After being accompanied by Pant, Jadeja through the day, Vihari got to his hundred, his first, in 200th delivery. He had the fun backing from the bat of Ishant Sharma who went on to score his first half-century, something which was due for a long time. He was the final Indian batter to get out on the day as India made 416.

Holder had his third consecutive fifer at the Sabina Park and also he reached his 100th wicket.
Vihari, into his 6th Test, has been impressive right from his first Test where he scored a fifty against England. With the ton, it looks like Vihari has done his part to keep Rohit Sharma away from the selection but again, has added additional pressure on KL Rahul who is due for a big score. Can India take a brave decision of opening with Rohit Sharma in Tests too? Time will decide.

Pass my best to your wife: Smith’s message to Kohli