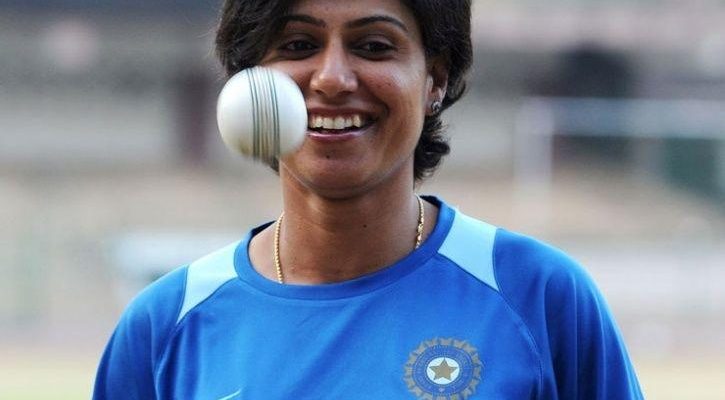 Cricket was not always about power hitting. The textbook shots coupled with the sharp timing with the perfect stance to compliment the batting, Anjum Chopra was a treat to watch. She was only 17 when she debuted for India and since then she gave it all for the team, be it batting as low as number 10 to pitch in with the ball for a few overs.

India played a limited number of Test matches and debuting in 1995, Anjum Chopra gained everyone’s trust when she held her wicket to bat through the night when sent up the order as nightwatchman. Since then, Anjum made her bat talk which answered most of the critics’ questions.

Five years later, she was made the vice-captain of the team that went on to make it to the semi-final of the 2000 Cricinfo Women’s World Cup. She led the team from the front with three half-centuries and two player of the match awards.

It didn’t take many years for her to become the captain of the team, two years later in 2002 she was named the captain and in her first series as the skipper she captained the side that had as much as seven debutants to a historic victory against the visitors England. She followed it with India’s first overseas Test win against South Africa. She led the team from the front with a knock of 80.

Anjum Chopra batted literally in every single position and in most of the matches, she would come at number four, in most of the matches, India would find themselves in deep trouble after losing early wickets. It was always been Anjum Chopra’s calmness and the quality to absorb pressure in the middle, allowed the players playing around her, helped India to go to reach a decent total. There were a lot of match- winning knocks and my most favourite was her match-winning 79 under pressure in the 2009 World Cup Super Six against the hosts Australia.

Despite stepping down as the captain, Anjum Chopra continued to give her best for the team and in fact, she used all her experience and made it easy for Mithali Raj in 2005 World Cup, the first time Indian Women’s team reached the finals. Anjum Chopra was the second top-scorer after Mithali Raj in the tournament.

It will be a crime if we didn’t mention her fielding and her running between the wickets. She probably is the best slip fielder Indian Women’s team ever witnessed. She also is the first Indian cricketer to play 100 ODI matches in Women’s cricket.

If she was an inspiration to all of us on the field, she bettered it all to become a successful MBA graduate and has conducted training programs for various famous brands and was the first Indian woman to be the part of South Africa women’s coaching team.

Happy Birthday, Anjum Chopra. Thank you for showing us what it takes to win and thank you for leading the team from the front. If not for you India might not have found many stars today. You are an inspiration, and you continue to inspire us even now. Thank you for everything.