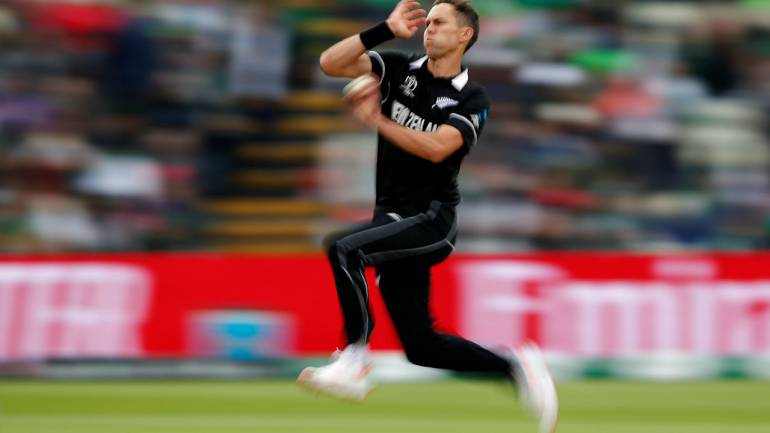 A beautiful day of cricket, the selectors thought, watching the youngsters sweating hard during the U-19 national tournament in Lincoln, Christchurch. A skinny teenager walked in, took away all the attention like a magnet. That was the first time selectors saw 15-year-old Trent Boult. Heads turned, talks begun, calls made.

The 15-year-old Boult was sheer talent. He can bowl well, he can bat too. All those smashings with his brother at the backyard helped out, and his family had nothing, but could only smile thinking about how he used to break windows and constantly irritate his parents.

After a few matches, he then flew with the under-19 team for the World Cup and did provide a show that earned him an opportunity to represent the senior team. The then youngster was too skinny that he couldn’t even tolerate the 37 degrees Chennai heat and his body was not coping up.

A few months later, a career-threatening injury allowed him to be in and out of the team but it was the career-changing moment of his life. He slowly started to learn about himself, his body and started to treat it right. In the next two years, he became one of the fittest players ever and some nine years later, he is only improving.

Boult was never about the speed but accuracy and length. He is a different bowler altogether when the ball is swinging. He can make the ball come inwards to kiss the stumps or to the outwards to chase the slips. With years, the speed, accuracy only got better. The best part of Boult is his landing. His wrist position. The wrist follows the ball right through that gives him the extra edge to swing the ball better. It isn’t easy to hit the right length with his action but the practice, strength, conditioning has helped Boult to hit the bull’s eye almost every single time.

His short balls are underrated and are equally threatening too. In fact, his short balls have glorified his yorkers in a way or two that makes him one of the devastating bowlers especially when the ball is swinging.

There are days when the stupendous thunderBoult stays just Boult, and when he fails, the Blackcaps suffers too, but even when it is not his day, he is capable of breaking the important partnership if not at least he creates the pressure to help his partner. Boult has always been like this. He loves light-hearted pranks but is lovable and humble. Maybe, his team loves him more because he has the best taste in the music in the dressing room.

Boult is not only about swings but his swag of stunning catches as well. Nobody owns the word “Jaw-dropping” better than Boult. Be it one-handed diving catches-both forward and side, Tough boundary-line stunners or to the return catches, Boult can do it all or let’s just say, the ball loves Boult so much that it hugs his hands and never goes away.

July 14, 2019, would have been different. The atmosphere in the New Zealand dressing room would have been different. He would have been on the other side, celebrating even today. The life would have been so much easier for him, but today, he is trying to put the World Cup loss behind by being with his family. What if he hadn’t touched the rope the other night? What if he pulled off that stunner at the boundary line to dismiss Stokes? What if he rattled him in front of wickets? What if the things went his way? What if it was his day? Unfortunately, it isn’t. Unfortunately, he couldn’t go a step further but if not for his swing in the semi-final, if not for his catch against West Indies, If not for his brilliance against Pakistan, the team wouldn’t have come this far. He has all the reasons to be proud, and he rightly should be. Of course, he is not the winner, but that doesn’t make him any less of a champion.

The two rocket women who made Chandrayaan 2 a reality!