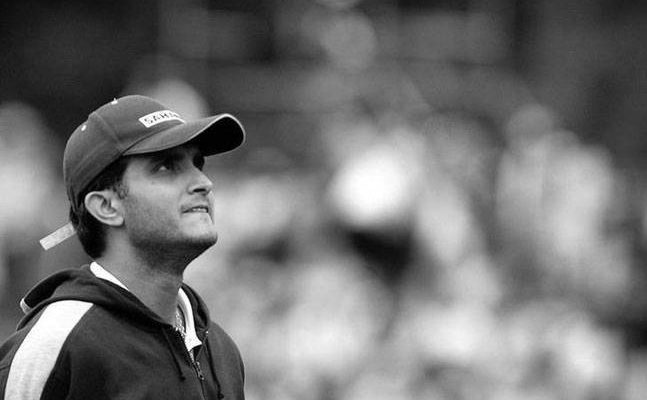 Middle stump. A bold voice would go most of the times when he gets ready to bat. He marks his line, does the ‘tuk-tuk’ with the bat. When the bowler runs in, he bends, lifts his bat a bit, waits for the ball and smashes them through the off-side. There will be a cut, cover drive and lofted shots. Make all your 10 fielders stand in the off-side, he still finds the gap. That is how Dada has always been. Ganguly found his way to score runs. They were mostly about picking the gaps.

***
His initial years with Sachin Tendulkar, he had fun taking on the bowlers. Sachin and Dada would take turns to smash the bowlers. While Sachin is rotating the strike, Dada would hit the deliveries out of the park and vice versa. Sometimes, they would go like they are having a bet. No bowler in the team is tough when Dada was in his zone.

Dada’s life with cricket is full of dangers and rescues. He probably is the only marquee player to be in and out of the team a few times, but his comebacks were dangerous. He made the bat do the talkings It was revenge. It was self-discovery, aggressive and something that mattered.

His story with John Wright is a typical romance and would make a great movie. With raining biopic in Bollywood, I wouldn’t be surprised if they come up with one for this.

***
When he took up the captaincy in the 2000s, he had to fight the ghosts in the past, demons in the team and the darkness within. Still, the strongest mind of the cricket was ready for it. He had to lead a bunch of youngsters who had no clue what they were doing. Simply, he had to compose a song from different chords that were of opposite and different extremes.

He fought his way to make his players believe in him, to say that whatever he decides that would be the right and his players obeyed him without second thoughts. He managed to create beautiful music, that actually served the famous sweet chin music to most of the teams.

The surgical attacks and standing toe-to-toe with the giant teams were the bread and butter for Dada. He made decisions that were weird. His thump rule was to shoot and think about the aftermath later, but every time he shot, he shot the bull’s eye.

He was one among us all. He was emotional. He was aggressive. He was just another Indian fan whenever he is not playing. Even the worlds’ best players feared his aggression. He made them look like a fool before his swag. Yes, he carried them. He was the only one who did it before it was cool in the Indian team.

I mean, how many times we have seen a bare-body Indian cricketer becoming the poster boy of many papers? The only thing was he even regretted taking his shirt off at the Lords’, but on the brighter side, that incident produced champions. That incident inspiring millions to pick up the bat once again, to play.

***
After years of leading from the front, India met Chappell, and the fate was sealed. What followed was a series of drops and comebacks.

Every single comeback made him calmer. He started to keep things to himself even the celebrations. He would acknowledge the crowd, and there wouldn’t be any grunts and aggression, but a smile. A smile that won the millions of hearts. In his final match, he made 85 and 0, but that was different Dada altogether. There couldn’t be a fitting farewell than leading the team for one last time and getting carried by his teammates. Of course, he deserved it all.

***
Whatever Ganguly did, he did it from his heart. He is no Gandhi, and the thought of being one itself makes it cheeky. He was different. He was dynamic. He wasn’t the best batter in the team. He wasn’t the best of bowlers in the team, but he undoubtedly was the best leader who would be the first to die for the team. Someone the upcoming generation should always be thankful for. Someone, we should be thankful for. For observing the chaos, for dragging the Indian team out from the scandal but most importantly, the self-doubt. He taught us and inspired millions.

Unfortunately, a lot of cricket watching fans from the recent generation would never understand what Dada has done to the Indian team and why his legacy will always be the important chapter of the history books and will be in the heart of the Indian cricket.

Happy Birthday, Dada. I love you. Thank you for everything you’ve done for the team.