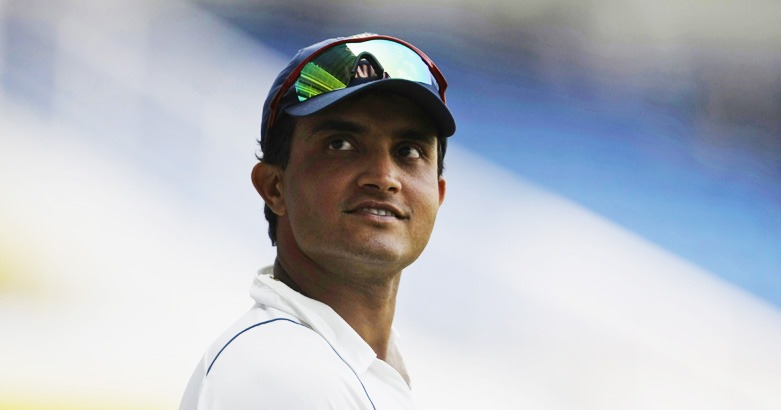 Ganguly was just a teenager when he was thrown out in the middle against Malcolm Marshall. There were a few plays and misses. A bit of sledging from the old man and Ganguly wasn’t backing. He was giving an eye too. Well, sort off. Coming in to bat when there was pressure as India lost four wickets, Ganguly couldn’t survive. He was LBW. But what we witnessed that day was a young man giving an eye to the players and umpire. He wasn’t glad about the decision and the umpire had no answers. Well, well, I’m exaggerating. I’m allowed to. Most of you reading this probably did not see the incident and whose fault was that?

Now, what happens next? Did Ganguly come back for his revenge? No.
He was dropped and it took him four years to get back to the side. It was that hard. He had to do well in the domestic to get a call up once again. You know the rest of the story. He made his debut with another South Indian rookie who batted pretty low in the batting order that day and the duo went on the steady the Indian innings to push the match for a draw.

Ganguly began with an elegant cover drive and that match had many glorious shots- including those cut shot through the point-that showed what is in stores for India in upcoming years. You would have heard about it, watched it for a million times but watching it once again doesn’t hurt it all. Especially, the cover drive to bring up his ton where you’d see the teammates jumping at the balcony, being a part of Ganguly’s memorable moment. It was a cult classic.

That was just the beginning for the duo who then went on to share some beautiful chemistry. There was another brilliant partnership that happened in the 1999 World Cup against Sri Lanka. The pair tore Sri Lankan bowlers apart so much that young Jayawardane was thrown the ball too. He didn’t make much difference though. For once, Ganguly looked like he was going to break the record of Anwar but he fell a few runs short, 183.

Ganguly, during his captaincy, literally had that rookie on his feet and made him do everything right from wicket-keeping to asking him to save matches. Ganguly did ask him all, that rookie who goes by the name of Dravid did them all because they both loved the country and believed it is for the best.

Dravid is a culprit. He even shared beautiful chemistry with Tendulkar and maintained it official with Laxman. He exchanged the limelight of Ganguly with Tendulkar and as the couple, they produced 331. Did it hurt Ganguly so much? He went berserk the very next match, scoring 153 and stole the spotlight back. In fact, 1999-2000 belonged to Ganguly and his bat. The latter spoke much than Ganguly did. With Azharuddin not around, Tendulkar’s solo battleship had a partner. A twin escort, he was to Tendulkar. He overshadowed Tendulkar by winning consecutive player of the match awards. His ability to overshadow the master himself made everyone talk about him and thus, a new captain was born.

As a captain, what Tendulkar couldn’t achieve, Ganguly did. He was a leader who had all sort of aggression something the opponents needed at that time. India definitely had their best team that could fight any bigger team, at least made the team doubt. Ganguly as the captain did make him grow as the batter in the beginning. He had a few knocks but nothing could match what he did in the ICC Knockouts. Eleven fours and six sixes to his name, Ganguly brutally attacked to score 141*. Poor Nicky Boje. He bowled only two overs and gave away 26. What was even worse was the work of the cameraman. Who caught Boje scratching his head and also Ganguly’s grin watching that. Oh, did I mention, Dravid was there to hug Ganguly once when he got to his ton?

With captaincy, Ganguly changed. He made some decisions that no one would even dream to make. For example, sending MS Dhoni ahead. For example, the Natwest final. Oh, for example, 2003 World Cup toss.

Everything that is mentioned here is already known and everyone already watched it a million times. Neither reading nor watching it once again will kill the experience but enhances it.

Flintoff taking off the shirt was probably the worst moment of Ganguly’s career. Ganguly likes to dominate. He loves to stay in the spotlight. He had to change history now. He thought. He waited. Then came the Natwest Final. India narrowly defeated England. Ganguly politely removed his shirt to reply Flintoff, ‘You do it in my Mecca, I do it there, mate’. The Lord’s might have seen thousands of moments but this would never go down from the top.

However, what he did was he gave it back to the sledging. The feeble Indians were no more in the receiving side of the words. There were words that fired, a few triggered and in most of the cases, Ganguly had the last laugh. He put batters in their places and probably, one of the very few players to put Collingwood at the receiving end of the sledge. His legacy did not end there. He created Yuvraj Singh who knew how to give it back as well. 2007 World Cup T20, remember? Now, the funny part is Flintoff saw it from the King as well as the Prince. Ganguly also created the prototype for everything and left it behind for Kohli to pick it up.

After leaving the captaincy, Ganguly could have faded away. He could have had that poor ending to a career that made the Indian team. He could have made things even worse but Ganguly quietly went off, came back. A match-winning knock against West Indies and man of the match against Sri Lanka got him back on track.

He did not stop there. He scored his maiden double hundred against Pakistan then called it a day after enjoying a memorable series against Australia. A century in the second Test, an 85 in his penultimate innings, and a first-ball duck in his final innings. Curtains off. He called it a day in style with a fitting farewell by the teammates who carried him on their shoulders. Well, before that, it was Dhoni who left us all in tears by stepping aside to allow his boss to lead the side for a few moments. It gave us all an equal feel of tears, goosebumps, happiness all at one go.

Post-retirement, Ganguly had IPL and controversies. Maybe, it wasn’t his cup of tea or maybe, they made it look that way. Of course, who cared about the result when all you need was to see Ganguly, catch his smile, clap when he bats and shout when he sledge.

Ganguly and comebacks are great. Today, he not only rubbed off the treatment he had during IPL but overcame it to become the president of BCCI. Today, he owns them all. Those who played with him, those who were against his selection and of course, fans. Ganguly is not that forever person, he would fade away but Dada will remain. Will always remain.

Father spent year’s salary on my plane ticket to the US: Google CEO Sundar Pichai