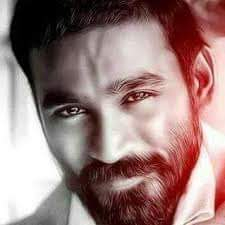 Dhanush, who was a teenager when he debuted never looked like a guy who could survive for a long time in the industry. Yes, we were all quick to judge him with his first movie Thulluvadho Ilamai, directed by his father. Though the movie was a hit, people were not “open-minded” to accept the movie those days. Then came his brother’s venture- Kadhal Kondein. The movie showed the ‘Actor Dhanush’ to the world. He was way too good. Then came one of my favourite movies- Thiruda Thirudi. A movie that can make you laugh. After three hits, Dhanush already became a star, and the fight for the next superstar was on. On the other hand, Simbu was giving us movies like Manmadhan, Saravana at the same time.

Dhanush then had a slight fall with a few movies and he went back, re-joined with his brother to produce a masterpiece in the form of Pudupettai. The next one- Thiruvilaiyaadal Arambam was a movie which did pull a lot of fans towards him. Polladhavan, another movie which showcased his acting skills and Yaaradi Nee Mohini, yet another hit.

These were a few of his initial movies which I enjoyed watching. Thiruda Thirudi, Thiruvilaiyaadal Aarambam, Yaaradi Nee Mohini are three of his movies which makes me feel good, and I can watch any day.

Aadukalam was yet another feather on his cap. One of the best movies I’ve ever watched and enjoyed.

There were movies like Padikaadhavan, Uthama Puthiran, Maaapillai. I actually get confused with the movie title most of the times because the movie plainly looked almost the same ( same pattern, I must say!) for me.

Mayakkam Enna is yet another movie which I didn’t like initially, but this movie is something special that it did hit me hard after a few years. Then came his VIP. A movie which every single “VIP” can relate. “Why this Kolaveri di” smashed records. A song that went rounds for months. To be honest, I haven’t enjoyed any of his recent movies. I cannot wait to watch Vada Chennai!

Dhanush can act, sing, dance, make movies, write lyrics, Produce movies, direct them as well. I will not be surprised if he becomes a music director for a movie or two soon!

The journey from a teenager who was trolled for his looks to one of the most successful people of Cinema, Dhanush has set the standards for himself. When Simbu slowly faded (Which I cannot take it up), Dhanush continued to roar and roar.

I’m a fan, especially of his dance and his ‘manmadha rasa’ is always my favourite. I always liked the way how he doesn’t just act but gives soul to the role whichever he plays. I cannot imagine anyone in most of the roles he played.

The best thing about Dhanush is that he never bothers about the rumours, trolls, talks that go around on Social Media. He doesn’t give a damn and continues to work hard and succeed.