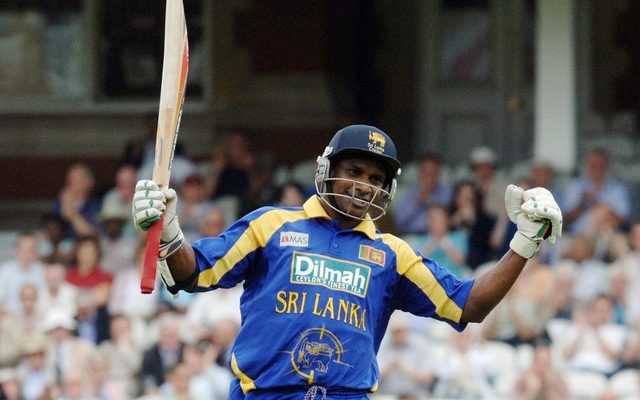 In the 1980s and early 1990s, the cricket was different. It was a bowlers’ game, and the batters survived around them. The batters respected the bowlers, especially the new ball bowlers and they took out only the bad balls away.

There is a start for everything, and it was from the bat of Mark Greatbatch who surprised everyone with his hitting ability after being promoted to open the innings by the ‘captain revolutionist’, Martin Crowe.

The ‘pinch hitting’ looked like a one-time thing, but it wasn’t. Here and there Greatbatch would produce quick runs which helped the team, but he was lonely. Everybody would go there, take their time to settle and built up the knock. He was different, he was hitting the ball out of the park. He had no one.

He then had to wait till the 1996 World Cup to witness someone carry the legacy. It was Sanath Jayasuriya. Probably Greatbatch felt that Jayasuriya would take over from him, and thus he retired in the same year, but not many watched Greatbatch bat. In fact, Google his name, you wouldn’t find his image right by.

Therefore, it had to be Jayasuriya who revolutionalized the batting. Or should I say he changed the approach and the intent the players showed towards the game?

Debuting in 1988 at one of the best places ever, Jayasuriya had an uncertain debut as he managed only three runs while batting at number five. In fact, his first sixty ODIs he had a strike-rate of 60-odd but once he started opening the innings, it was a different Jayasuriya altogether.

Sri Lanka’s experiment to make use of the fielding limitations in the first few overs worked out as both Jayasuriya and Kaluwitharana succeeded in the Australian series right before the 1996 World Cup, and Sri Lanka went with the same combination in the World Cup as well, and you know the result.

Jayasuriya really did own the World Cup with the bat, and if he failed with the bat, he pulled the rat out of the hat with the ball. It was all magical turnover for the team as the underdogs went on to lift the World Cup and from nowhere he was awarded the Man of the Tournament.

Jayasuriya did not stop there. He continued to own the bowlers, and he was the most feared at that time. He played all the shots, quite unorthodox relying on his hand-eye coordination, a strong bottom hand and the power rather than relying on the textbook shots. His one-leg shot and his lofted cut over the point stands out. Literally, no left-handed batter plays this short as pretty as Jayasuriya.

He sees the ball from the hands of the bowler, decides that he will go for it, with the feet a bit above the ground, he swings the bat hard that goes on to hit the ball so hard. The jump and the shot happen at the same time. As the ball passes over the point, his feet reach the ground. The risk in the shot is higher than the percentage it would reach the boundary, but for Jayasuriya who lives and loves to die by the sword, he doesn’t care, and this aggression helped him to win situations. He goes berserk no matter how tough it is. He backed himself more, and his predetermination worked out well. Of course, he is not a mere slogger. His temperament and the technique added to his ambition took him to higher levels even in the red ball cricket.

His bowler in him has always been underrated and overshadowed by Jayasuriya, the batsman. Not many remember him for the way he used to give breakthrough and was his captain’s go-to in a few matches. His 6-29 against England in 1993 is still one of the greatest performance by a youngster. There were a few similar performances too but the damages he to the teams’ bowlers were brutal that the batters never put out a message.

If there is a thing that the country has given him back is saving his mother during the Tsunami. His mother was swept away by the wave and she had to shout that she is Jayasuriya’s mother to save her life. The people did come forward to help her after she said it.

All these years, the way he ruled the cricket has made the game only better, and it will never be the same again. Ever.