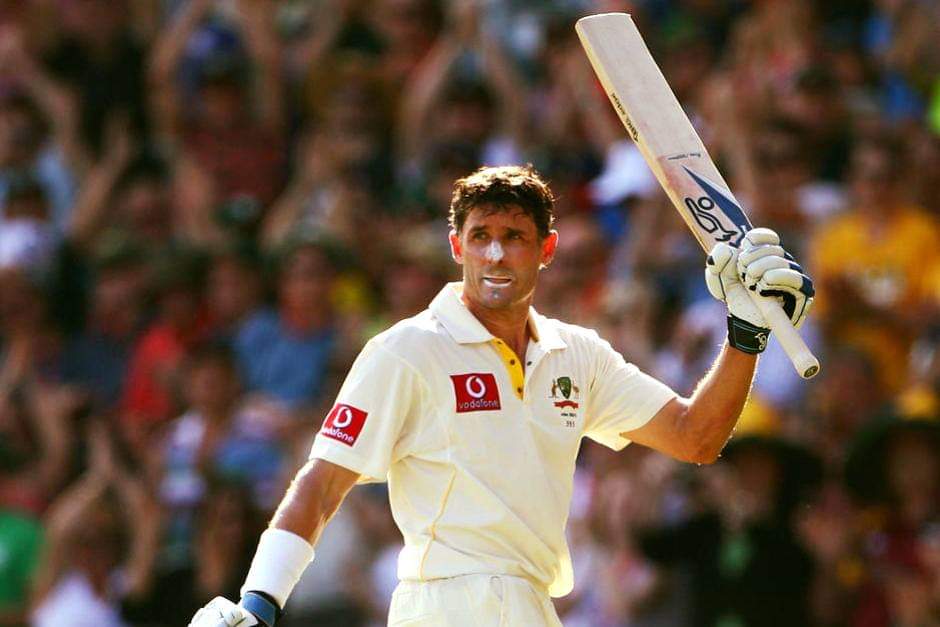 Hussey was a late bloomer. He had an excellent record in the domestic cricket but blame the Australian team who were too good to give away a place for the man. Was he robbed of an opportunity earlier in his career? A yes and a no. Everyone aims to play for the country and when it comes to Australia, you got to be straight up match-winner to be on the team.

Changing his batting style also contributed to his selection. When he debuted for his domestic team, he wasn’t playing well. He had difficulties playing on the leg side. Being tall, he found it difficult to hold the bat down and keep tapping it. He realized he had to change that and there it was. He started to hold his bat up and changed his grip a bit. There. He found his balance and within years, the World found Mr Cricket. If I’m not wrong, he was the first Australian Test cricketer to use the technique of holding the bat up.

Since his debut, there is no looking at all. He was consistent, dependable and was hurting the bowlers.

**
When he debuted, legends like Ponting was still playing and they were playing for a long time to have all the focus on them. Hussey was happy to play the second fiddle in most of the games. He would go in, convert his 20s to 50s and would go sixty. eighty and then hundred in a whisker. Probably, most of us would have missed it because we would be cheering his partner. Also, he was possibly the last Australian player I could think of who matched the class of Ponting.

He was fast between the wickets, ran faster than Bolt all padded up and with a bat between the 22-yards. Ones became twos, twos became threes and when you realize it, he already took the team home safe.

His fitness was too good that he would bat all day still make sure to squeeze a single whenever it is possible. He just wants to be there contributing for his team no matter what it takes. He had self-imposed targets that kept him going for all these years.

He was the perfect player. An all-format perfectionist. Any team would be glad to have him around.

*
Blame their conditions, Australians were too good against pace compared to facing spin. Hussey demolished them both. He used his feet efficiently against the spinners that helped him to score big.

He could handle the pressure with ease, in fact, it was his cup of tea. When wickets were tumbling in one end, he knows how to keep going, thanks to his attention to detail. He would bat accordingly by making a simple change to his batting. Something, the newcomers lack in the Australian team, well, most of them.

*
When he retired, unlike, most of the legends he retired when he was at the top of the game and the hole he left was pretty much huge compared to what other legends did because most of them retired during their lean patch. Also, he was Mr Dependable throughout his career.

*
The enthusiasm he had for batting, fielding and sometimes bowling made him the biggest ambassador of the game. I cannot think of a particular shot I loved when it comes to Hussey. Maybe, he was too good with everything. Every shot was as good as Ponting’s pull that I couldn’t pick single favourite shot.

*
Hussey had a better perspective than many of the players. He knew how to handle a situation off the field as well. He was a regular when Australia had a poor show and he would handle the questions with perfect details and knew how to softly put his anger in words. As a man of perspective, he also knows that there is a life outside cricket and makes sure to spend as much time with his family too.
*
Hussey’s career is a total lesson for most of us who are on the verge of giving up on their dreams. It is okay to be a late bloomer and when an opportunity knocks, holding them tight is important.

Australia is still looking to fill up the gap he left years ago. After all, they don’t make players like Hussey any more.