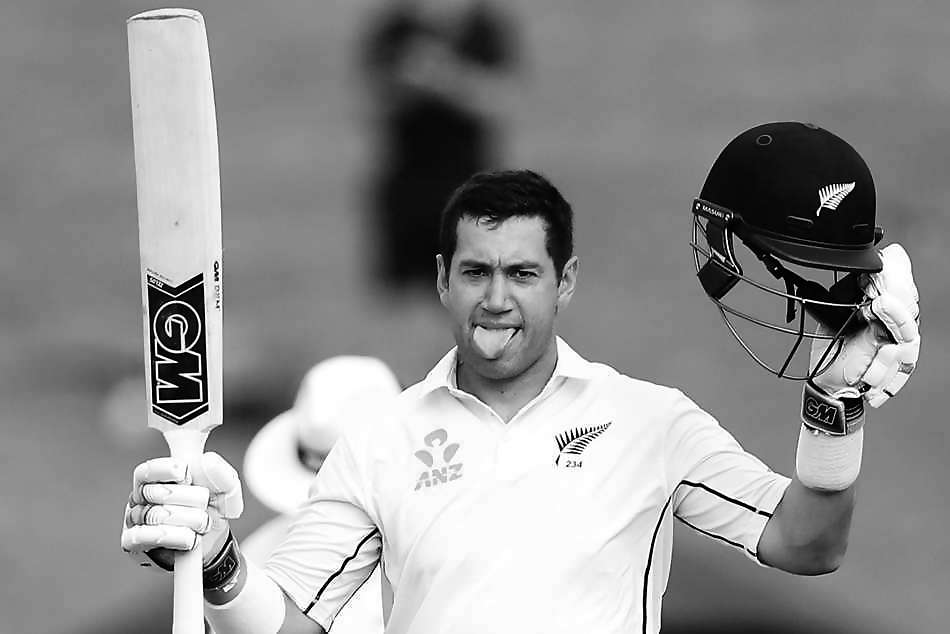 Happy Birthday (Belated), Ross Taylor!
He was never a Ross but a Luteru; unbelievably calm, polite and shy. Being only the second Samoan to represent the country, he was pretty much an outsider. Nobody would have remembered his talks except for the time when he was removed from the captaincy where he just like all of us spoke his heart out.

But in the first place who would have thought this shy kid would go on to captain the side? No, not even his coach. Payton who helped out many kids had to take care of Taylor’s cricket as well. Since he was associated with the Central Districts, there was always an eye on Taylor and his performances though he was too young.

Even as a kid, Taylor had all those shots in his bag. He played them all with utmost perfection but the X-factor something that Kane Williamson had right from the beginning was missing. Maybe because he was too polite, because of his approach. Yet he was dominating the role whichever was given to him. Financially it was a struggle as well. His Grandparents and relatives chipped in to buy kits.

Probably, the years in boarding school changed him both as a player and a person. He wasn’t allowed to play in matches initially as he joined the school in the midway. He had to wait and the day came when a boy couldn’t turn up. Ross Taylor wanted to grab the opportunity. He wanted to show his skills but unfortunately, he got out cheap but still the deliveries he played before getting out was something special. Most importantly, he took brilliant slip catches that made him a regular.

Once he had to face a controversial decision and the next innings Taylor was seen as Ross as he smashed 100 within a session before getting out. It was jaw-dropping innings. He was there for two seasons.

Now the boy has all grew up to get into Under-19 captained by Brendon McCullum who once was his school opponent. After Baz left, he captained the team.

Years later, he made it to the first class team, and he was pretty normal initially. Though he had all the shots, the approach backfired him. Once Martin Crowe came to watch him play after a lot of talks around him. Taylor flunked watching his idol in the stadium. Instead of going for a defence he started attacking from ball one before getting out on ten off fourteen. Crowe was disappointed and called him a dirty slogger.

Taylor knew that was not him. He knew he had flaws, but that was not him. So, he spent time with Crowe who found the glitches in Taylor’s batting techniques before they became a headache. This meeting changed his life completely. He was able to play the game more freely and was enjoying.

When he made it to the international team, everybody was afraid of his survival because he was shy. Somehow, he managed to fit in there.

Years later, when he became the captain of the team, it was unexpected for him as a person who is as shy as him, doesn’t comes naturally. Still, he was enjoying position by scoring runs. When he was sacked from the captaincy, he was visibly hurt as he should. He knew he had to move on. He knew he had to prioritize his country first and a few months later, he did. Except for one time, his position in the team was always certain. He was always there, always around for the team no matter what was the format yet was overshadowed by other players in the team. Especially by Kane Williamson who took over New Zealand’s captaincy from Taylor.

Whatever Taylor did, it was always overshadowed by Williamson in one way or other, but he never bothered about it as he became completely a different person after his captaincy loss. He learned to let go.

He comes in when New Zealand desperately need someone to steady the innings, he does. He can bat through. He can hit long sixes, he can play a slow Test knock. He can test the bowler’s patience, he can kill them by smashing all their deliveries. Yet he does it all with elegance. He is an asset.

Slowly as the years passed he recently became the highest runs scorer for New Zealand in ODI by replacing his idol Crowe.

Congratulate him for the same, he would say records are meant to be broken and he would be happy to see both Guptill and Williamson does that. Tell him he has scored a ton, he would reply he was happy to take the team home and nothing more. Tell him he is the best player ever from New Zealand, he would laugh and say its Williamson. Maybe this is just him and Maybe that’s why he never got what he deserved.

To more and more “tongue outs”!
Happy Birthday, Ross Taylor. Thank you for being there for there for the team no matter what. I love you!