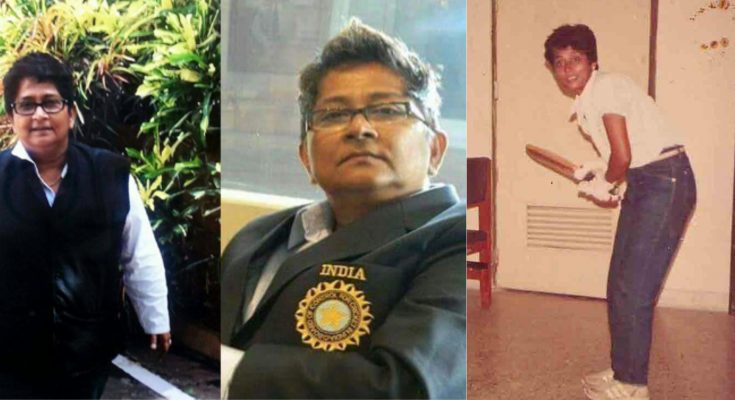 Imagine being a women cricketer in a country which is super obsessed with the game or should I say with the men’s cricket?
Tough, isn’t?

Now, imagine being one during the 1980s. We are talking great about the players giving away their plane tickets for so and so. Now, imagine travelling on the train. Travelling unreserved. Travelling by sitting at the toilets. Unimaginable, is it?

Maybe, that’s what makes those players legends or even more. Talking about legends, certainly, one of the first names that come to our mind is Gargi Banerjee.

14 years and 165 days she was when she made her debut to the Indian team against England in the Women’s World Cup at the Edens. If there is a word that could describe her right is fearless.

I mean facing the England team at the age of 14 is something unimaginable but she has been like this right from her childhood. If there is one thing that was in her mind was to represent India. Nothing less.

After trying a lot of sports, Cricket was the one she chose and after seeing a cutting in the Newspaper, she tried to get into the Bengal domestic team. She flopped. That was the time when she realized that academic cricket is different from street cricket. Three years of training is all she needed to prove that she belongs to the big stage.

Her centuries and wickets spoke in the domestic tournament spoke for themselves and she got to play Tests against England where she outperformed them but unfortunately, there were all unofficial.

And in her debut Test match, India took on Australia and one would expect a teenager to show some nerves especially when you are facing the first ball, but she was mentally prepared for that, showed no nerves or whatsoever.

I so regret not being able to watch her live. I so regret that she was born in the wrong generation, the generation that witnessed no funds. In fact, India had to withdraw from the 1988 World Cup because of lack of funds and the team did not play a single match from 1987 to 1990. It was hard. It was horrible. Still, the passion is keeping her going, as a coach, as a fan.

– She was the youngest Indian cricketer to play for the country.
– She holds the record for most runs without scoring a century even now, after years.
-She is one of the MCC Life Members.
– The abundant knowledge, the love of the game is second to none and undoubtedly, an inspiration beyond words for all the youngsters out there.

Thank you for all the inspiration, Gargi Di Banerjeema’am. Happy Birthday (20th July).