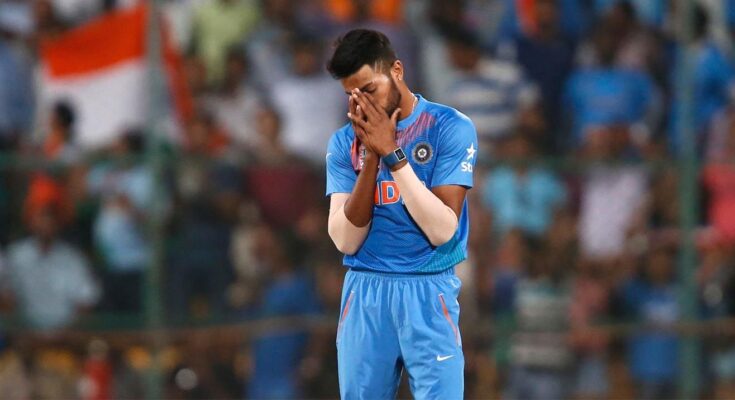 Hardik Pandya is ruled out of the upcoming Test series against New Zealand according to a press release from the BCCI.

The 26-year-old allrounder underwent chronic back surgery last October in London and was expected to regain fitness and join the squad during the course o the New Zealand series.

Accompanied by NCA Head Physio Ashish Kaushik, Hardik had travelled to London for a review by spinal surgeon Dr James Alliborne. Based on the review, he has been ruled out and will be under rehab at the National Cricket Academy until he regains full fitness.

Though India is leading the T20I series against New Zealand 4-0, the fitness of Hardik Pandya is of serious concern for the team who is still looking for a batting allrounder who could bat at seven. With the Indian Premier League coming up in April followed by the Asia Cup and the T20 World Cup in September, the team management will have a keen eye on the Hardik’s fitness and workload management.