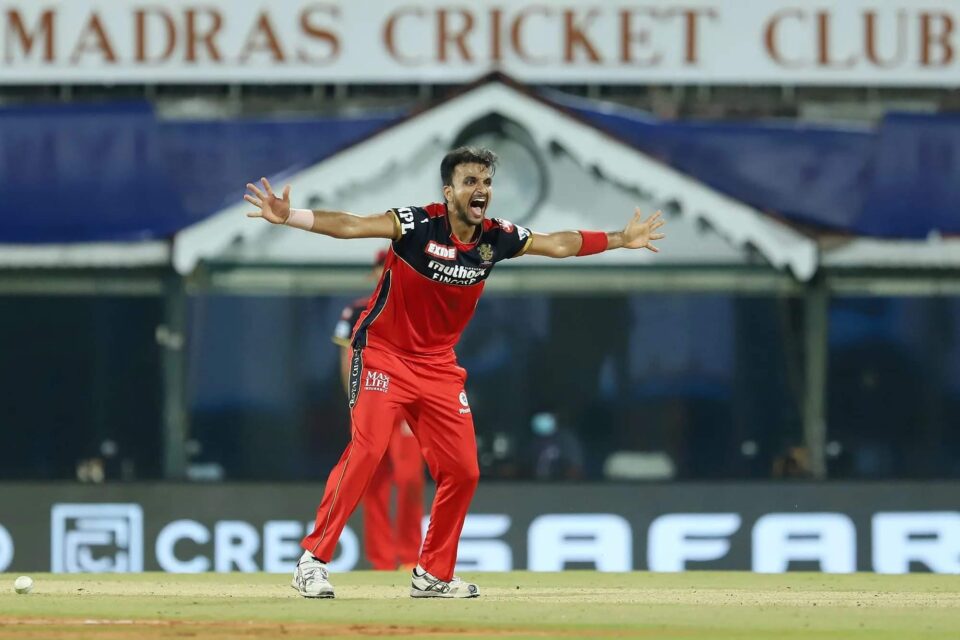 Harshal Patel is not your usual cricketer. He doesn’t call himself an all-rounder but would open the innings for his team. He is also one of the curious heads you will come across. Usually, journalists of different media come up with a few same questions to celebrities. Something that goes like, “What you would’ve done if you weren’t in this field?”. While most of the celebrities would come up with the same answer, Harshal would give you a different one to different people.

Though he was always like this, one thing that stayed with him was cricket. He comes from Sanand in Gujarat, one of the well-known places in the state. He knew he wanted to be a cricketer when he was young and made heads turn for the first time in the Polly Umrigar Trophy when he was around 15. He ended up picking 15 wickets and had 109 runs. The tournament also featured some of the big names like KL Rahul among others. In the final against Punjab, he took five wickets in the match.

The real challenge came when his parents moved to New Jersey and wanted to take him with them. Harshal had to make a difficult decision, left the comfort life for the game. His then coach Mr Trivedi made sure that Harshal stayed and pursued cricket. His parents then gave him a couple of years to shine in the game.

Patel then went on to play in the Vijay Merchant Trophy under 17 where he had only 10 wickets. The next year, he came back stronger in the Vinoo Mankad Under 19 trophy where he had 23 wickets including two fifers. He also was the stand-out performer for the team in the final against Punjab once again. He had 5 for 27 in the game.

The Indian junior team toured to Australia then to New Zealand. He had a poor series against South Africa where he took a couple of wickets. However, he did find a place in World Cup under-19 squad. Though he played only in warm-ups, his domestic performances helped him bag an IPL contract with Mumbai Indians.

Despite having a decent CK Nayudu Trophy in 2010/2011, he couldn’t make it to the Gujarat squad. When he was having a tough time dealing with it, a new door opened for him.

Mr Anirudh Chaudhary, who was the head of the Haryana Cricket Association was the manager of the Under-19 Indian team while Harshal was playing. He called Harshal and made him switch teams. During the 2010/2011 season, Haryana’s mainstream pacers were going through surgeries and Mr Chaudhary thought that Harshal’s inclusion would add weightage to the squad.

Unfortunately, the team ended on the losing side. However, people did take note of him. A year later, he found himself in IPL once again and this time for Royal Challengers Bangalore. He had 9 wickets in the season. He was a part of the team until 2017. Right from 2018, he was a part of Delhi in the IPL until the 2020 season.

After his impressive debut, Harshal’s issue with consistency became a concern. He would pick 25-odd wickets in a tournament but then would fail in the next. Since his 2013/2014 season, it did trouble him.

Years later, in 2018/2019, he had to reevaluate his longer format performances. He wasn’t doing well and as a stand-in skipper, he was a bit embarrassed that he was letting his team down. Even the team didn’t do well too. He knew he was doing something wrong but couldn’t find out what that was until Ricky Ponting talked him through.

He turned the tables in the 2019/20 season. He took time to watch his performances once again and found how inconsistent he was with line and length. He worked on the basics, didn’t really change his technique and came back stronger. He had 52 wickets, broke the 36-year-old record of most wickets for Haryana in a season. He also went on to dominate Syed Mushtaq Ali Trophy both with bat and ball.

In the last IPL season, he had 3 wickets from five matches and his economy rate came down considerably which is a positive sign.

He is already making heads turn this season and we are going to hear more of it in the upcoming days. At 30, One might never know how things will change from now on for Harshal but one can be sure that he is not going anywhere.