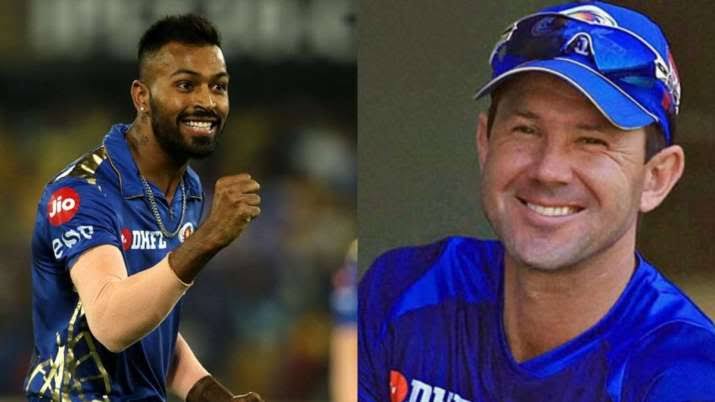 Hardik Pandya made heads turn when he was picked up by Mumbai Indians after his seeing his brutal power hitting skills as well as bowling in the domestic tournaments.

When he began to play for the team, he was surrounded by legends like Ricky Ponting, Mahela Jayavardhane and Sachin Tendulkar.

Talking about Ponting’s influence on him, “Ricky Ponting was someone who looked after me the best. He looked after me like a child. I used to feel like he was my father figure there,” Hardik told Cricbuzz during a conversation with eminent cricket commentator Harsha Bhogle.

“As a new boy in 2015, I used to sit next to the hoardings. Ricky used to sit down with me and speak about the game. (With all these conversations) I started learning quickly,” he concluded.

Trump to ban Chinese airlines from flying to US