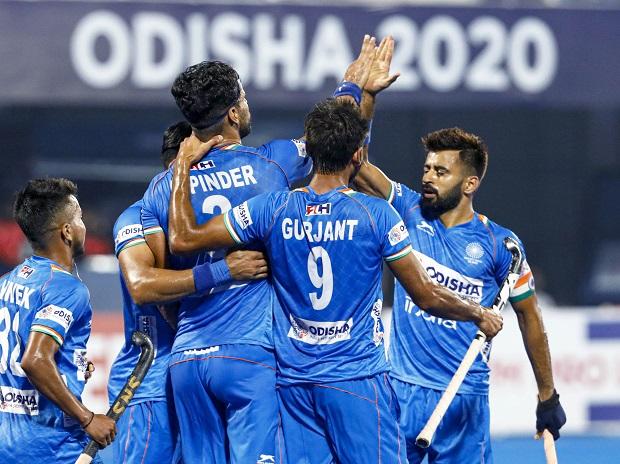 India had a great start to the Hockey Pro League as they defeated the World Number three Netherlands by 5-2 before the home support at Bhuvaneshwar.

Team India who spent most of the time training rather than playing a match in 2018, started powerfully today with Gurjant becoming the fastest Indian to score a goal since 1976 when he managed to give India 1-0 during 13th second.

India then doubled their lead when Rupinder converted the penalty corner. Minutes later, Janssen’s brilliance gave the Netherlands a start they were hoping for. Then they had three penalty corners but India brought in their A-game to save them all.

Later, a few minutes before the half-time, The Netherlands provided the equaliser.

The second half started with a bang for India as Rupinder, Mandeep and Lalit took India to 5-2.

This is just the start of the long season but for India, there is a lot of positive outcomes and they certainly will be happy with the start.