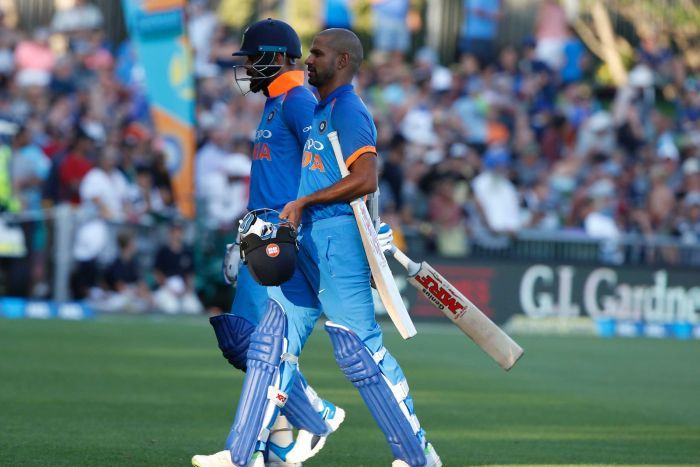 Yes, you read that right. Bright sunlight stopped the first ODI between India and New Zealand for a few minutes.

India had bowled New Zealand out for 157 thanks to Kuldeep Yadav and Mohammed Shami earlier in the day. India began their reply immediately before the dinner break was taken with India on 41 for no loss.

After the break, Doug Bracewell struck in his first over to remove Rohit Sharma. Virat Kohli walked out and faced four balls before the players walked off the field. The sunset at that moment made it difficult for the players to spot the ball.

Usually, grounds have the playing surface facing North-South, but McLean Park has it facing East-West. Hence, this issue.

“The setting sun is directly in the eyes of the batsmen. So we got to consider the safety of the players, umpires. So we have decided to suspend play until conditions improve,” umpire Haug said.

“This is the first time in my 14 years I have seen something like this happen on a cricket field.”

Meanwhile, Mayor of Napier, Bill Balton said they were aware of such a problem arising during the match and that they are working towards solving the issue.

“We were very conscious that this would happen and had made a plan for it. We are working with a plan to sort this issue. We are absolutely committed to make this the biggest multi-use sports ground in New Zealand.”