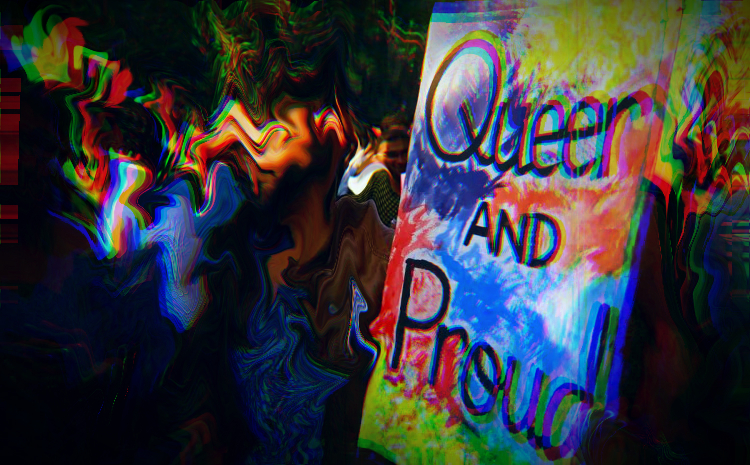 I’m queer. It feels so good to say that out loud finally. No longer hiding, no longer fake. I’m Mili, 17, and I recently came out to my parents.

It’s been a tough journey to where I’m today. I realised I was into girls when I was 13-14 years old and when I used to wonder what the girls in my class used to find attractive about boys. I thought it was something every girl felt. Like, I was not the only one who wanted to grow old with a girl.

When I was 15, I found out about the LGBTQ community. The community showed me how this attraction towards girls was completely normal, but not something that every girl felt. I also learnt about the homophobia in our country which scared me to my bones.

I came out to a girl in school, and she told me I was “an alien” and “a freak” which made me stay closeted until college. When I entered college, I entreated this warm and accepting safe space. I met so many fellow people of the community, and I was encouraged to come out.

I came out as bisexual to the entire class by a text on the WhatsApp group which led to 17 phone calls by my friends yelling at me because they weren’t the first ones to know. Everyone already knew something was up, and they weren’t surprised at all. They said, “we’ve seen the way you look at Selena Gomez.”

After that, I wasn’t completely sure about me being bisexual considering my little to no attraction in men, but I stuck with the label for a year.

In February 2020, I started identifying as queer. it’s an umbrella term for those who are confused or prefer not specific labels at all.

Since I wanted to come out to my parents but I was unsure, I dropped hints everywhere. I put up a small pride flag in my room and even went to pride parade this year so they’d have an idea.

A few days ago, I was having my regularly scheduled breakdown, and my mom caught me crying. she asked me what’s wrong and when I wouldn’t tell her, she told me that it’s fine if I’m a lesbian and that it doesn’t bother her.

I completely broke down crying and told her everything, from the moment I realised it, I was so scared they’d not accept me. she said that it didn’t matter who I loved as long as I was happy and that the world may not be as loving as her so she will always be there.

My dad had the same reaction. He asked me why did he think it’s necessary for me to even come out when attraction and love are out of my hands. He asked, ‘why did I think that he would be angry?’

They both were extremely supportive and loving although they both mentioned that it could be a phase, they said that they would support me no matter who I end up with (after cracking a ton of gay jokes about who would willingly end up with me).

It’s been peaceful ever since. I feel like a weight has been lifted off my shoulders. I want to scream, “I’m here, I’m queer” from rooftops.

I’m grateful to have such supportive parents because I know the world isn’t as accepting as them, but hopefully one day it shall see that it’s not a crime to love.