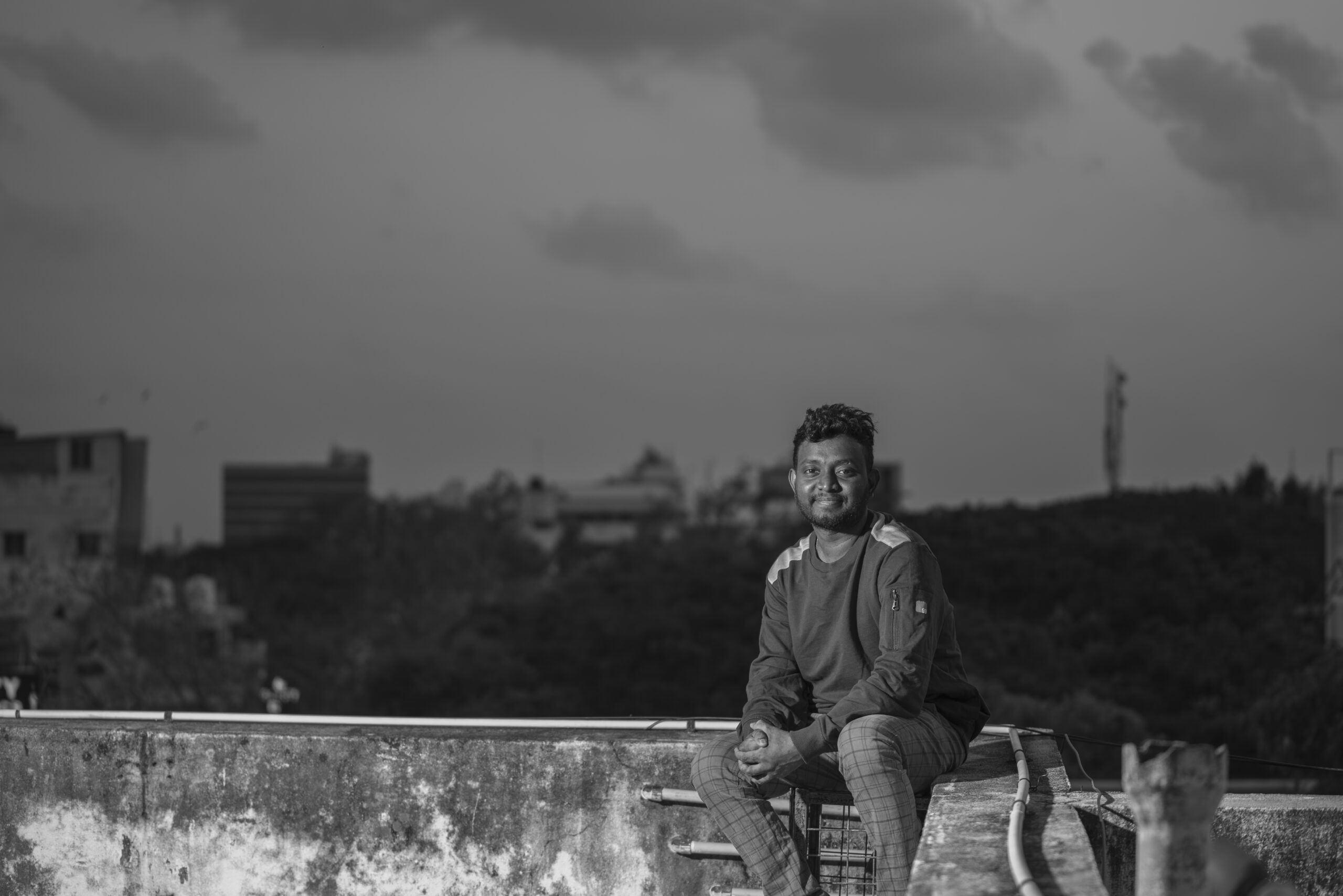 “Photography is my passion, my life. I learned to play with the camera before I played with the toys in my childhood” says Cyril, the booming photographer who is reaching for the stars while his eyes are gleaming with them too. He talks about his passion, the path to this road and his struggles.

So Cyril, tell us, Why photography?

I am always intrigued by the uniqueness that a photograph reflects in life. I studied Diploma in Civil engineering. I was working as a civil engineer at Confluence Bounquet And Resort in OMR. I was a junior engineer there. 2 years into the job, I bought a camera. I was always enthusiastic towards photography and so I bought one when I got a job. I liked my work but I was required to be a pushover and not able to thrive in my creativity which I couldn’t do. So, I got out and left the job. I started pursuing the photography which is always close to my heart. “Puli” film’s Audio launch happened when I was working there. I used my influence to get into the event with my camera. That’s the triggering point to change the course of my aspiration. It was a public event and so I wasn’t required to be a representative of any media. I was just a guy who was passionate with a camera. I am an ardent fan of Vijay since my childhood. It’s all started there and it has led me hear now.

what is your passion now?

I want to exercise my photography skills in films. I want to work in films. It was the time when the film photographers were switching from analog to digital mode. It was very difficult to secure a job as a photographer in the industry. My first official photoshoot, that paid my bills, was Baahubali’s audio launch. I was paid Rs. 15k. I worked as a photographer for the K production house, to Rajarajan, the Director of the same production house. My career began in 2015. And the event with Baahubali happened in 2017. I worked for Kollybuzz website in 2018. I worked in “Namma Ooru Hero”, a show in Sun TV network, which was hosted by Vijay Sethupathy. Then, Ilaiyaraja 75 happened. It was through Action Dreams team. Now, I am an assistant photographer in Dhanush starrer film Pattas. I captured the “chill bro” song video which is being received sensationally and I captured a few more fight sequences in the movie too. I got noticed in “Mersal” audio launch as the photoshootsbecame viral and my name started to find its place.

Are you only limiting yourself with Audio launch or are you exploring a wide spectrum?

I do any activities that involves photography. I have worked in wedding photographies too. Now, To work in the film industry, I have to work as an assistant for a year and I would be eligible to become a chief photographer later a year. It’s going on course very well so far.

How difficult is it to interact with celebrities during photoshoot to bring them to a comfort level?

I have done family portraits for Sivakarthikeyan sir. There are about 50 people in his family. I am able to work with the people, to ease them who are not familiar with the spotlight and am able to still keep them in their comfort level. The celebrities would never refuse to pose as required as they respect the film making process.

Would you get nervous to do photoshoot with people who you idolize?

I am usually nervous for any event that I am going to work on to get it perfect. I would start prepare myself from the day before the event. It helps me to focus on my work and to bring a certain perfection. It makes me happy. I worked in the recent Zee awards event and before that, I did the Kodeeshwari show in Colours TV network. I am blessed to have had the chance to capture many legends during the Zee awards show. To see Kamal there, I was awestruck. It would have been a further great moment if I had the chance to capture Rajini sir, Vijay sir and Ajith sir through my lens too. I had the chance to take photos of Ajith sir during election time in 2017 and during the issue over Jallikattu. How do you get what you want in a crowded photoshoot? How do you groom yourself to have an eye for the details in the arena?

It’s all about thinking through at the moments. The decisions are made on spot based on the momentary creativity. So many things run through our head and make us anxious, amongst all, one should find the gem in what he has. And the competitive nature is breathing down my neck always. It puts me under pressure to always comes up with best shots, to survive it in a best way possible.

Photography is a tool that brings out the beauty in things that’s sometimes not captured by the naked eyes. What is more beautiful than capturing a woman through your lens and tell us about who has admired you the most?

It’s Trisha. It’s always been Trisha since my childhood days. I would work more than I need to if I am capturing the legend.

Your Recent Nayanthara’s photos were trending..

Yes, after Trisha, I admire Nayanthara and Sunaina and would love to photo shoot them more. What about night shoots? What are the measures you take to do photo shoots during nights?

Night shoots are always difficult. Sleep cycles are affected. We need to dedicate ourselves for the responsibility that has given to us and for the money thats’ invested in us.

What are your interest in wild life photography?

I associated with a wild life photographer for a while. It’s an very difficult to capture wild lives, not as easy as capturing the celebrities. I have had a little experience in it but I am keen and want to incline towards film photography.

Have your photos got published for any Magazines?

What is the most special appreciation that you got for your work?

I have not personally received appreciation from the people who I shoot so far. I heard they like my work. But the 2 best pictures, in 5 years of my career, I would say, they are Yuvan’s daugheter in ilaiyaraja 75, Sivakarthikeyan-Vijay Sethupathy-Shoba Chandrasekar-SAC in one frame. It’s a 3 generation of people in one picture. I would like to tell story thorough pictures. In this one, I am showing a child that’s rising in life with the help of a man and woman who play a vital role in the child’s life. It’s the parents that helps a child in life. SK and VJS’s family are very supportive towards my career. And I look upto Vijay sir. I got the chance to capture all 3 of them in one frame. It’s a heartfelt moment. How do you face failures and rejections?

I would like to think that life is interesting only because of failures and rejections. That’s the main driving force. I wouldn’t let it keep me down. I was short of Rs. 2 to pay the bus fare from Kalpakkam to Vadapalani, that took 2 hrs of travel time, that costed Rs. 100. I only had Rs. 98. I would get down at Vadapalani and walk all the way to Prasad Studio that’s 2.5 kms. I would not let such hurdles to stop myself from the progress. Late nights and early mornings events, whatever it may be, I would go without whining. I am not supporting my family right now and they don’t know I am pursuing photography as my career. They think that I am doing it as a hobby. My sister is working and she helps out the family. I am hoping to break big soon.

Have you got any chance to assess and appreciate someone else’s work ?

I have given a seminar in Ethiraj college of Arts. I told them about myself and the one thing I emphasized that hard work pays off always, even when the result seems to be at a distant, it reaches us when it has to. Waiting is important. And the patience led me here to buy a pair of shoes that costs Rs. 3K.

Pattas is your first big project in film industry. How significant do you think is it?

It is my first official project. It’s a big leap for me. I share my name with the real professionals on screen. It is surreal. My peers in the movie are satisfied with my work. The production house appreciated my work. It’s heavenly. I look upto Dhanush and his continuous determination. He is really an inspiring figure for one who wants to achieve one’s dream. I enjoyed the work in the movie. I learned the dedication and the immense efforts that one requires to go further. Which one celebrity have you not seen and captured on your camera?

It’s Jai. I have never had the chance to meet him.

Tell us about your photoshoots for Deepika Padukone’s wedding reception..

Deepika’s wedding reception happened like a red carpet event. I was part of the event for 2 days. I had to fly back on the 3rd day for Sivakarthikeyan’s Seemaraja film audio launch. I have a very personal connection with Siva sir and so I couldn’t miss it out. I took Ranveer and Deepika photos. Before that, I had the chance to take MS Dhoni’s photos for CSK making video. He concludes with smile in his face..!

We Wish you all the best for the future projects Cyril…!

He can be reached in social media too: 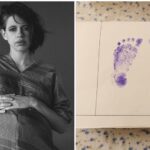 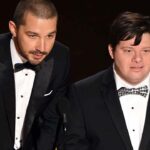 Tiktok ban song, ‘Chellamma’ from Doctor is out!

Recent: Regina Cassandra’s new look for the next!