I write, and my work and Penbugs keeps me busy. I don’t find time to hang out with friends or take time off for myself.

Things were taking a toll on me. My mind was tired as well. That was the right time I realised that my body, mind needed a tiny break. While juggling between my works, I decided to go, watch a stand-up comedy show. Thankfully, I had passes for Praveen Kumar’s show. I decided to go no matter what happens, even if it was alone and I went.

It was an Amazon Prime recording show, and Comedian Chokkalingam opened the show. It certainly was the best starter one would get. I certainly had moments I was clapping for him and his wittiness. I do hope to see more of his shows.

Then what followed was several ‘laugh out loud’ moments.

Of course, Praveen Kumar is one of my favourite comedians, and there are a lot of reasons for the same.

We certainly live in the best phase when it comes to stand-up comedy. People recognize them nowadays, a great boost. With a lot of comedians coming up, a few really do make me feel uncomfortable, blame the sexist, adult jokes. I prefer innocent comedy, clean comedy, something I can relate to. Praveen Kumar’s show does have them all.

I’m not going to take about the jokes he used, but I can tell that they were hilarious. It takes a lot to make a person laugh, and the show was one of the best I have seen in recent times.

He had jokes about his day-to-day life, and his daughter is the cutest. I was sitting in the show, thinking about his official interview which I took a few days ago. He was telling me the number of efforts he had to put to get the script right. I was thinking about that.

I was thinking about how he was having that responsibility to make people laugh because you know, whoever was there might be going through something and this one-odd hour is all they have to bring the life back on track. I mean, I was one.

When people laughed for the joke, I witnessed that working towards the passion through all the struggles is fruitful any day and Praveen Kumar was a living example of that. During the interview, he did tell me how he had to switch between his job and stand-up comedy before becoming a full-time comedian.

I do meet a few celebrities, thanks to my job. A lot of them show attitude and moves away but Praveen Kumar made sure to talk to each one of them, took a selfie and was ‘all smiles’. I first thought that he wouldn’t recognize me but he did and that made my day even better.

As I write this, I wonder when was the last time I forgot everything and laughed out loud for an hour or so without getting uncomfortable. It was a great day and I’m looking forward to more days like this.

Thanks, Saar, for inviting me. 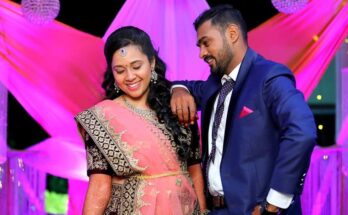 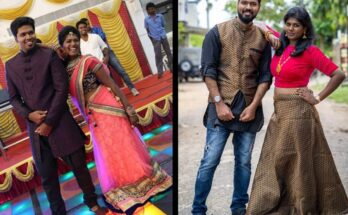 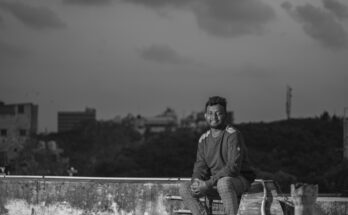