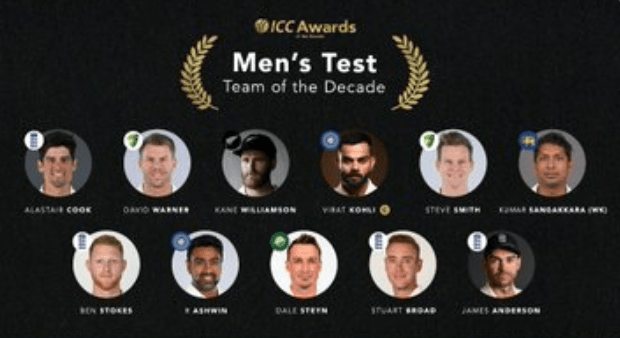 Indian captain Virat Kohli has been named as the captain of the Test team of the decade by the ICC.

Virat Kohli became the captain of the Indian team for the first time 2014 and since then, he had helped the team to acquire the World number one ranking multiple times.

Ravi Ashwin is the only other Indian who had grabbed a place in the line-up.