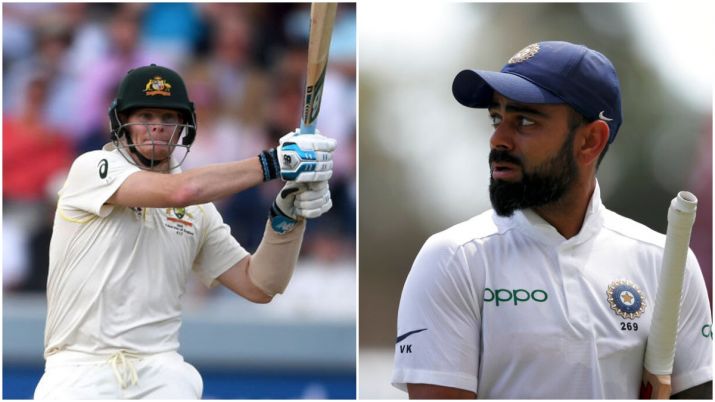 Australia’s Steve Smith is back to number one spot after Indian captain Virat Kohli’s poor performance in the first Test against New Zealand.

Kohli managed to score only 2 and 19 in two innings and that made him lose some valuable points and has 906 points now.

Smith who played his last Test in January is back to top with 911 points.

Pujara had a poor outing as well and the Indian middle-order batter dropped two places to ninth. Rahane who had a decent outing gained a place to go eighth.

Mayank Agarwal, who scored 92 runs over his two innings, including a half-century in the second, jumped two places and to achieve a career-highest 10th spot.

Williamson moved to third place after his 89 in the first innings.

Talking about bowlers, Tim Southee moved up eight places to sixth spot after picking up nine wickets against India. Trent Boult also jumped up four spots to 13th in the rankings after his impressive show against India.
Ishant Sharma, who picked up a five-wicket haul for India, moved up a place to 17th with his career-highest points.

Why didn’t I dive: Dhoni breaks his silence on WC19 semi-final run-out