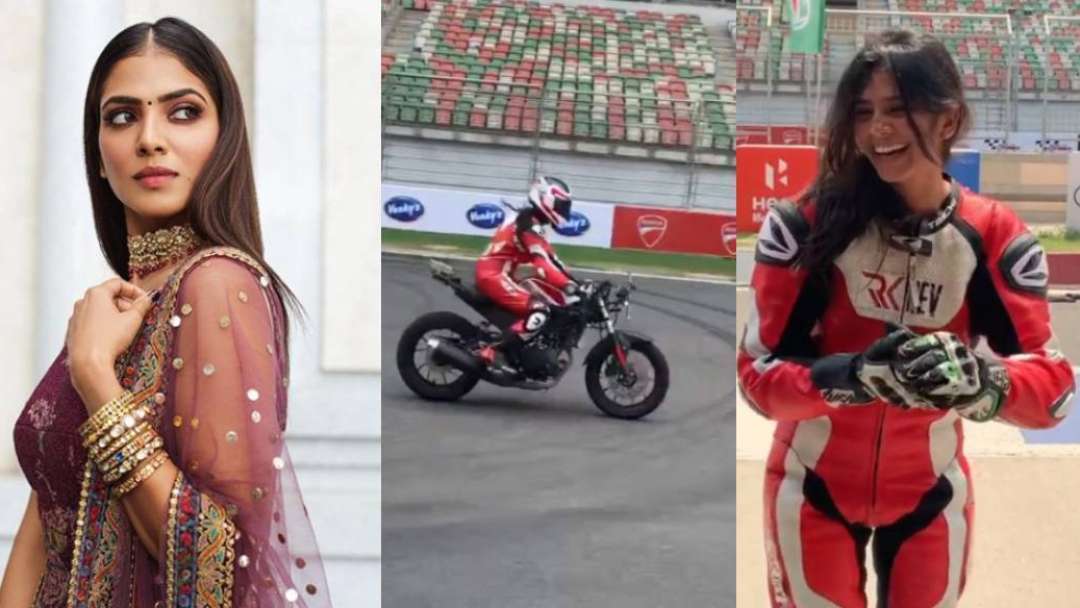 Talking about bikes in an interview, Malavika said that her love for biking started when she was 15.

“I thought it was a cool thing to know how to ride and drive, but my parents never let me and my brother learn until we turned 18. So, the same week that I celebrated my 18 th birthday, I enrolled myself in a driving school,” she says, “One of my friends in the building had a Royal Enfiled. I used to sneakily learn to ride on it, without my mother finding it! But in retrospect, I think it’s great that I learnt on a bullet because I got used to balancing the vehicle easily.”

Talking about her bike trips, she added that she took one a five months ago.

“About five months ago, I flew to Leh for a few days, rented a bike there, and explored the landscapes on the bullet. They say, it’s self-survival in Leh, and I’ve always wanted to do it. It was so surreal, with the landscape changing very often, and it also started raining and the air turned cold.”

She added, “I feel the terrain is important if you want to do a biking trip. I’m hoping to buy my own bike this year; I love bullets. I want to take more time off and explore the whole of Ladhak. But it’s a risky thing if you are an actor because you have commitments. Biking is an accident-prone sport, and you could hurt yourself, suffer a fracture, and be bed-ridden for months. And if you have commitments, with movies in different stages of completion and new movies in the pipeline, it would be a burden on the team. That would be very irresponsible. If I wasn’t an actress, I’d have definitely dived into biking a lot more.”

Maara[2021]:A mesmerizing tale of love has sincerely preserved its charm in it’s remake