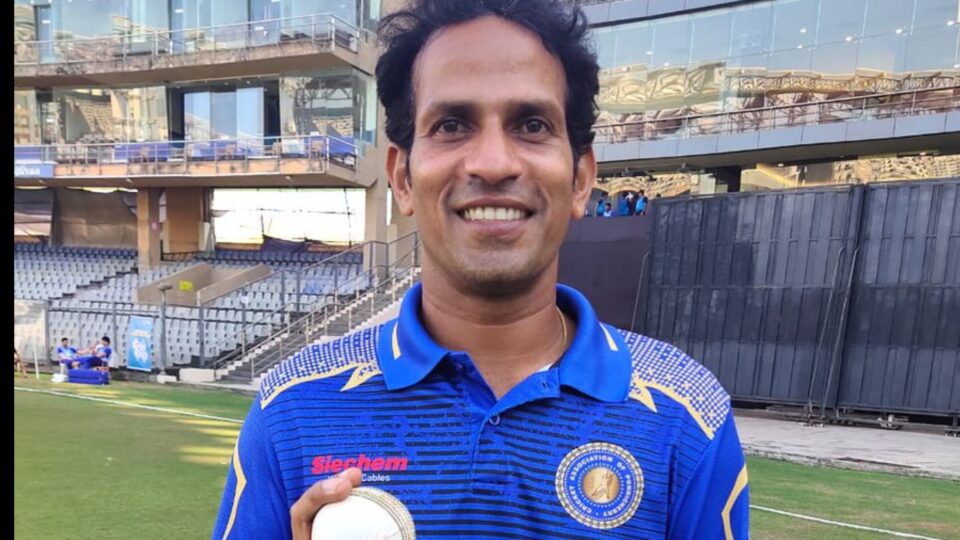 India is a cricket-crazy country, and we have seen people coming from nook and corner of the country, making heads turn with their achievements.

Santhamoorthy took over the headlines wherever he went. Be it his Ranji Trophy debut or his recent five-wicket haul against Mumbai at Wankhede Stadium in the Syed Mushtaq Ali Trophy. However, there are times when his age became a hindrance.

Talking to us, Penbugs, Santhamoorthy says that there have been times where he wasn’t included from the side because of the age factor, but he had never given up.

Coming from Kalapet, Puducherry, Cricket wasn’t his first love. He says that he had never heard about cricket when he was young and was into football during his school days. He knew about the game and was able to play it only after his school days when he was in his 17-18.

Santhamoorthy’s first encounter with the game was when a club wanted to set up a team in his area and when he was asked to bowl. Impressed by his bowling, the people wanted him to go to Chennai for a better future.

Then the teen literally went on a hunger strike for almost four days to get permission from the family to go to Chennai. He didn’t know anyone here, except for a friend’s relative, he says.

Talking about his bowling, Santhamoorthy said that most of his knowledge about the bowling came from watching the videos of the legends and from those tiny inputs the cricketers used to give on Television during the Extra Innings of the match.

Soon, he began to play in Division matches and he adds that 2002 was an eventful year for him where he ended up picking all 10 wickets in a division match. He also went to make a name for himself in the indoor cricket.

Nicknamed as “Indian Brett Lee” in the Indoor Cricket circle, Santhamoorthy went on to represent the country in the game. Sadly, indoor cricket isn’t popular in India as it is in different countries, he says.

He added that the game had never stopped giving him and he played for different clubs in more than six countries, including Sri Lanka and the UAE.

The decision to extend domestic cricket to Puducherry had helped Santhamoorthy to get into the team. His debut at Ranji Trophy came in the final league match of Puducherry against Nagaland, a team that had players like international Stuart Binny.

Talking about the game, Santhamoorthy said that he glad to get an opportunity and was fit enough to bowl 15 to 20 overs at a stretch.

He went on to pick up five wickets in the match which is a world record for the oldest player to pick up a five-wicket haul.

He adds that he had no idea about the record at that time and they had to mail to a statistician who had all the first-class cricket numbers. His reply came a bit late and thus, not many papers were ready to carry the news. He adds that the news first came out on a Bangladesh portal.

The news broke into Indian circuit when the Indian cricketer Vinay Kumar spoke about it.

After featuring in different division matches and playing for different clubs, including Madras Cricket Club, Swaraj CC, Santhamoorthy was picked up by Karaikudi Kaalais in the TNPL.

It was unfortunate that he didn’t get a lot of opportunities to play in the tournament but he says that the experience was valuable. He adds that the then coach of Kaaraikudi Kaalais, Robin Singh was impressed with him and has been a good mentor since then. Adding more, even today, Robin Singh would give him advice regarding bowling and has been in touch through phone, Santhamoorthy says.

Right after the Ranji Trophy brilliance, Santhamoorthy had to wait for a while to make a comeback to the game because of the coronavirus pandemic. The domestic game returned to India recently with Syed Mushtaq Ali Trophy and Santhamoorthy was the part of Puducherry squad.

Once again, he had to wait for his opportunity and finally had one against Mumbai where he ended up gathering five wickets.

Talking about the performance, Santhamoorthy says, that the coaches informed him that he had got into playing XI while they were travelling on the bus. Since then, he was a bit nervous because the game was at Wankhede Stadium, against Mumbai and most importantly, the match had live telecast. He adds that he is more of a silent person and his nervousness was one of the reasons for his celebration that day.

Santhamoorthy ended with the figures of 5 for 20– which again a world record- and helped his team to win over Mumbai.

Currently, Santhamoorthy works as MTS (Multitasking Staff) at Government Law College in Puducherry and continues to dream. He has been named in the Puducherry’s squad for Vijay Hazare Trophy. Talking about his retirement, he says that he is fit and still has a few good years left in him.

We wish him all the best! 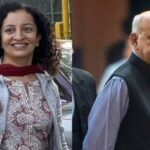 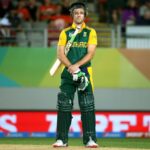