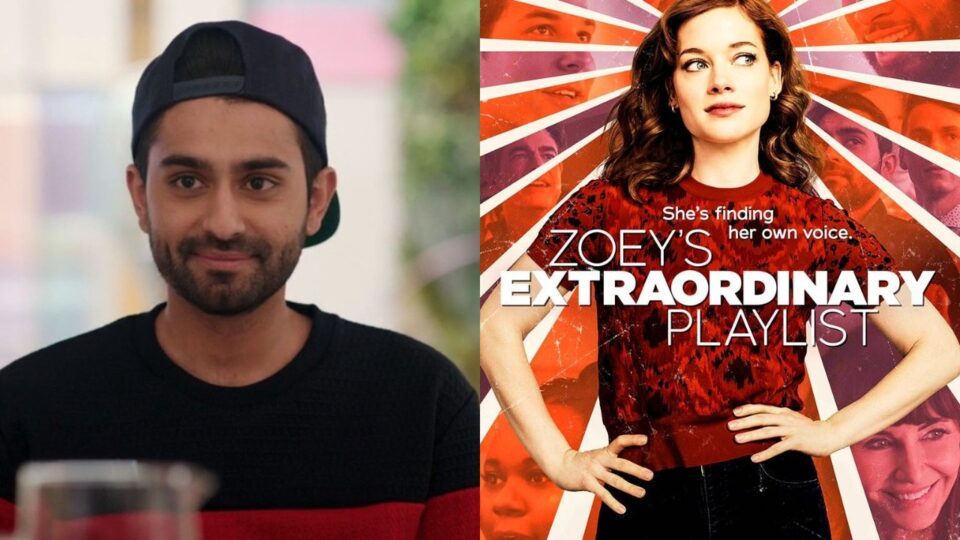 This year is possibly the craziest we have lived. Nobody knew that the whole world would come to a halt this way and for most of us, the only plan during this unprecedented time was just to survive and take one step at a time. During this time, the whole world watched millions of shows, but only a very few made an impact just like “Zoey’s Extraordinary Playlist” did.

Go to Twitter and follow the hashtag #ZoeysPlaylist and you could see millions of people talking about the show and how this show made them heal, laugh and kept them hooked. This series did offer some healing, and certainly, it wasn’t “just another” musical.

The first season ended on an emotional note with the demise of Zoey’s father played by legendary Peter Gallagher and the second season begins where it left off. The first episode of the second season got released today, and we are in for yet another roller coaster ride.

Talking about the series characters, it is just too difficult not to fall in love with Tobin Batra. He is such a delight, fun, playful and is full of heart. While he was a recurring character in the first season, he has been promoted to the main role in the second, which means we are going to see his humour and most importantly, we will be seeing him sing and dance more. We caught up with the man who brought the character to live, Kapil Talwalkar, who is one of the nicest people I have ever interviewed. Thank you for being so kind, Kapil. Here you go.

Q: – Your grandfather-Sharad Talwalkar- is an icon here in India. Does that make things easier or tough for you? How was your relationship with him and how did your family accept your decision of becoming an actor?

A: I was shielded from a lot of that because I grew up in the US. So I only got to experience that when I would come back to India. Despite having an actor in the family, it was still hard for my parents to accept becoming an actor.

My dad saw first hand the struggle that my grandpa faced. But I considered that as a challenge to myself and to back myself in this industry even though I know no one. I knew I would just have to figure it out myself (and get a lot of help along the way).

Q: You began acting when you were 14. Can you talk us through your career and the journey so far?

A: My high school drama teacher Arcadia Conrad cast me in a small role in our school play Lysistrata. I only had one scene but it was easily the funniest scene in the show and hearing the audience laugh every night made me addicted to the rush of being on stage and acting.

I kept getting roles in high school and eventually college. I did a play right after college called Animals Out of Paper that introduced me to several mentors — Jennifer Chang and East West Players theatre company where I later met Anna Khaja and Anil Kumar. These POC actors have been my guideposts.

Q:- What do you and Tobin have in common?

A:  Tobin and I are very similar in that I also had a journey where I wanted to be a “bro” so badly. I also have a sarcastic sense of humour and I can be really goofy with my friends so there’s that.

Q:- So, how close are Tobin (Kapil) and Leif (Michael Thomas Grant) in real life?

A: Michael is awesome. He’s one of the kindest people you’ll ever meet. He’s also an incredible listener. I’m grateful to be working with him.

Q:- And when are we going to see a love interest for Tobin? We do love to see him sing love songs.

A: I can’t say much about this one, sorry!

Q:-How difficult was it to shoot during the pandemic?

It was very challenging but we had a huge support structure and our health and safety team led by Dr Angie has been phenomenal. Lots of masks, sanitization, and extra rules. But we have managed to be super safe and maintain the integrity of the shows dance numbers and closeness.

A: I am super grateful that Austin(Austin Winsberg) has written Tobin to be more than just a “dude.” Tobin is very 3-dimensional and non-stereotypical, and I credit that to the writing team.

He signs off. We wish Kapil and the team only the best!

The show revolves around Zoey(Jane Levy), a young programmer who begins to hear people’s innermost thoughts through song and dance. In a way, it is poetic and it is also a fun insight into the inner emotions that characters go through, things everyone can relate. It’s fun, it’s emotional and there will be times where you might have to grab tissues.

You get to see them all sing and dance for beautiful numbers, something you shouldn’t miss. For those who are in India, Zoey’s Extraordinary Playlist is available in Sony Liv.

The Rain Game | In Conversation with Pradeep John | TN Weatherman

Cricket is a great storyteller: Writer Nikhil Popat aka CricCrazyNIKS

Don’t let anybody tell you that you are inferior: Salesh Dipak Fernando

Exclusive: Me Too Movement-People open up

Take care of your resources, they will do their part: Mano Bharathi, God Particles

I decided to risk to do something different: Divyaa, Shlokapreneur