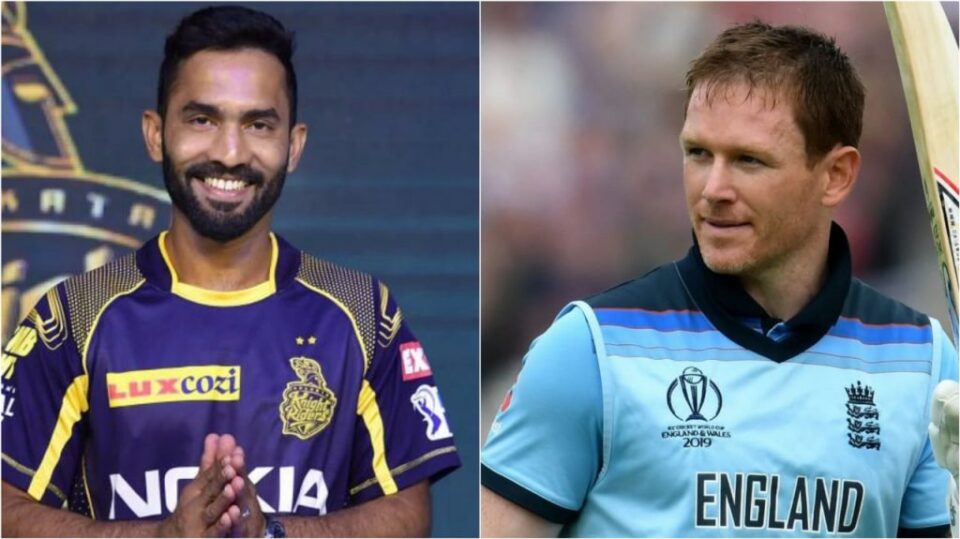 Dinesh Karthik on Friday announced that he would step down from the captaincy in order to concentrate on his batting and also added that it was the best for the team. He handed over the captaincy to Eoin Morgan.

Talking about the same, Eoin Morgan said that he was also surprised with Karthik’s decision.

“Yes, I was surprised as was everybody. Yesterday, DK informed he want to step back and focus on his batting as he feels that is the best option for the team,” Morgan said in an interview with Darren Ganga.

“I think it is incredibly selfless and that also shows a lot of courage from him to do that, putting the team first ahead of him being the skipper.”
He said he will continue to take help from other players in the leadership group, including Karthik.

“I am delighted to continue the leadership role within this side. Obviously captain and not vice-captain now, and hopefully, continue to work alongside our players.

“I think between me and Dinesh, captain and vice captain, we can be at the forefront of that, obviously the driving engine, with these guys behind us.

“I have been quite myself. Within any good side or great side in the world, you have to have a number of leaders within the change room and we have them in abundance.

“We have a lot of young guys coming through, lead from the front. Gill, Rana to name a few. Nagarkoti stepped up at different stages and we have abundance of overseas players to lead as well.

“We are halfway through the tournament at the moment. We have showed some potential and have not yet achieved majority of… Tonight will be another test and hopefully we will be up to it”, Morgan concluded.

IPL 2020: Base price of cricketers announced!