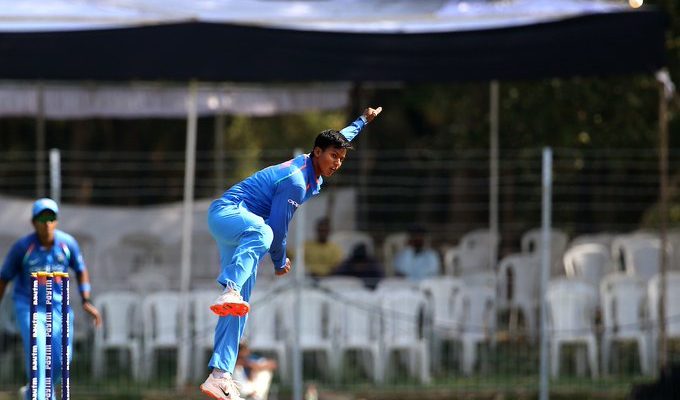 It was not long ago since we witnessed Deepti special in the T20s. Deepti Sharma’s 39* off 22 in the finals for the Western Storm against the Southern Vipers on September 1st was possibly one of the best innings ever under pressure.

Deepti stood for the team to take the team home safe. Today, the situations were different. She was bowling under pressure yet she came up with three maidens out of her four overs, picking up three wickets. With every single game, Deepti only gets better, and it’s a great sign for the Indian team.

During the latest interview of WV Raman sir, the Indian coach, he insisted on the importance of the fitness level in the team and I could see a bit of improvement in the players’ approach when it comes to the fielding. With a better fitness level, India not only can field well but also can cover the outfield with ease and the days are not far.

After being asked to bat first, India lost the debutant Shafali Verma early. There are a lot of expectations on the teenager, thanks to her power-hitting skills, I badly wish that she keep all the pressure off and play her natural game with definitely will be a boost for the Indian cricket.

Jemimah Rodrigues and Smriti Mandhana tried to build a partnership but it was a tough, thanks to Khaka, Ismail especially, who kept things tight. While Smriti managed 21 off 16, Jemimah could score only 19 off 25.

Deepti Sharma and Captain Kaur then took off the innings with the latter scoring 43 off 32. With some small cameos from the lower order, India managed 130 in their 20 overs.

To me, the shot selection of the players could have been much better and also, I would have preferred Taniya Bhatia in the middle order and not at the lower order.

For South Africa, the major positive is the bowling performance of Ismail, Klerk and Khaka.

Batting next, South Africa dismissed Pooja Vastrakar’s first over in the international cricket after injury for 18 runs. Things did look bright with the way Lee started but Shikha Pandey got the better of her by setting her up nicely.

The real match turner was Deepti Sharma. The youngster soon removed Brits and Klerk, and Poonam Yadav managed to grab the next two wickets putting South Africa down to 73 for 7. It needed a special effort from the South African team from then on at least to take them close. The innings was produced by Du Preez as expected. Du Preez who looked good during South Africa’s contest against Board President’s XI came good today as well.

The best part of Du Preez is that she plays with the straight bat and drives so well.

While she ran out of partners, her team must be proud of her fighting spirit which she didn’t lose till the last over of the game.

During the Women’s T20 Challenge, we witnessed Radha Yadav scoring the final run, and today, it was her once again who scripted the win for the team by picking up two wickets in the final over.

With this victory, India goes 1-0 up in the five-match series.