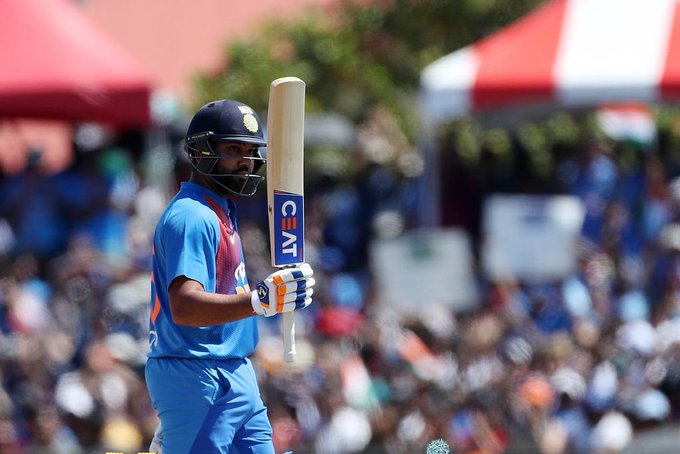 Virat Kohli once again called it right at the toss as the surface looked better than it was last night.
Rohit Sharma started the proceedings with a boundary and India once again witnessed the combo of Shikhar and Rohit doing the magic in the powerplay, but Shikhar Dhawan had to go after making a quick 23. Rohit was then joined by Kohli. The duo once again added important runs and took India over 100. Rohit Sharma scored yet another fifty and during his knock of 67, he also crossed Gayle’s record of most sixes in men’s T20I.
After his dismissal, the middle-order fumbled, thanks to Krunal Pandya who took India to 167.

In return, West Indies once again witnessed their openers fail and Nicholas Pooran made 19 off 34 but it was Powell who gave life to the chase with his blistering knock of 54 off 34.

Unfortunate for the Windies as the rain halted the play and soon the match was called off. Though with Hetmyer and Pollard, the result would have been different, the DLS method went India’s way.

West Indies now has the most number of defeats in men’s T20 cricket along with Sri Lanka and Bangladesh. Also, This is India’s fifth consecutive win over West Indies, ties with Pakistan.