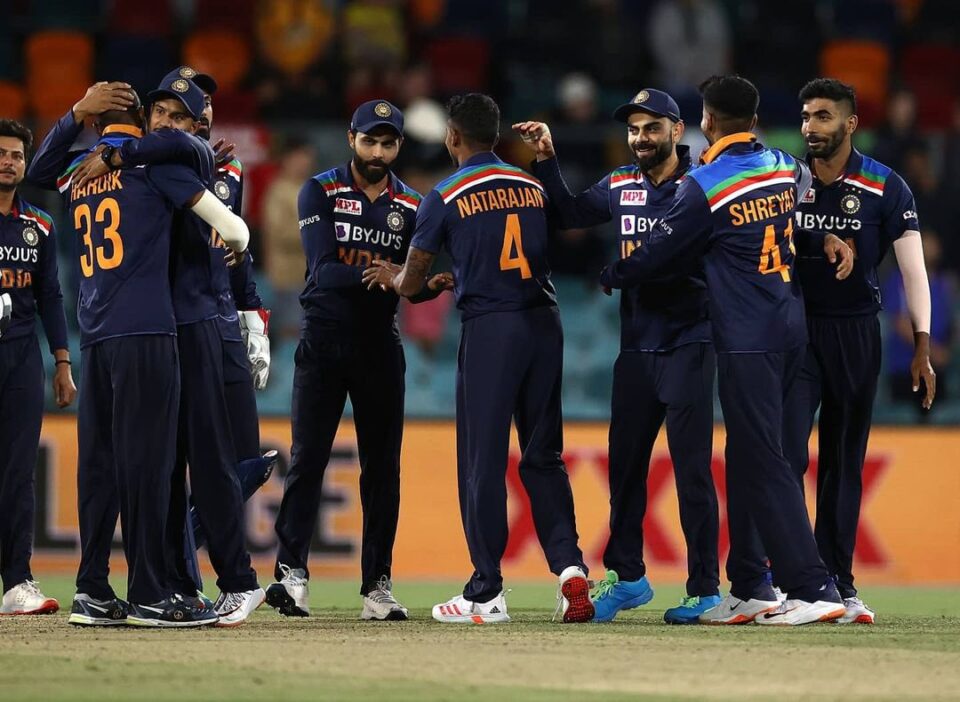 The Indian team went on to avoid the clean sweep against the hosts Australia as they win the 3rd ODI on Wednesday.

After losing first two ODIs, India made a few changes to the line-up. They brought Shubman Gill, Shardul Thakur, Kuldeep Yadav in and T Natarajan made his ODI debut as well.

For Australia, they went on to rest a few of their top players and had to replace David Warner who had picked up groin injury.

India opted to bat first and struggled earlier. They lost wickets at regular intervals and it was Virat Kohli once again who steadied the middle-order. However, that want enough considering the fact that the minimum score at this venue was above 350.

India then produced a great comeback with the help of the brilliant partnership between Pandya and Jadeja. Pandya ended up scoring 92* while Jadeja was the major turning point. He took his time initially but then bounced back really well, made it up to score 66* from 50 deliveries.

Australia opened with Labuschagne and Finch. While Natarajan removed Labuschagne early, Finch played an excellent knock of 75. The team then had cameos in the middle-order but it wasn’t enough.

Maxwell, who is having an excellent series, scored 59 from 38 deliveries. It was Bumrah who brought India back to the match by removing Maxwell. Carey and Agar added a few runs but Indian death bowling was too good today to control the run flow.

In the end, India defended the total successfully and won the match by 13 runs. The pick of the bowler for the team was Thakur who grabbed 3 wickets.

MS Dhoni might return to international cricket in March 2020

INDvENG: Harmanpreet Kaur ruled out of series due to ankle injury