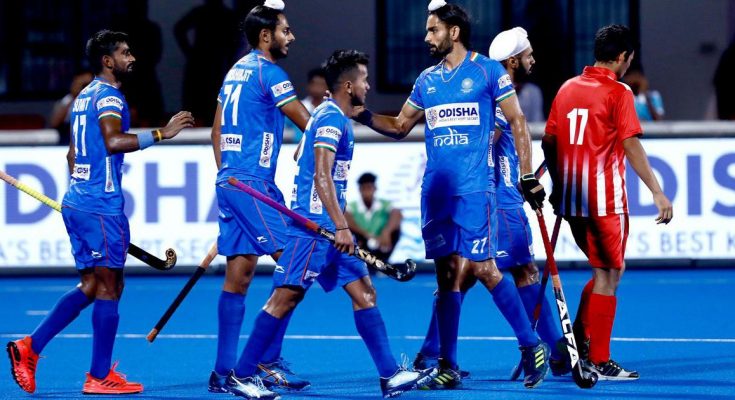 In yet another satisfying show, India managed to pull off a 7-2 win over Japan in the semi-final of the Series Finals.

Now, India will meet South Africa in the final of the tournament but irrespective of the result, India has booked a place in the Olympic Qualifiers.

The Japan team didn’t give up that easily as the final score suggests as the team did put the tournament favourites under pressure multiple times with their counter-attacks but we got to give it to the Indian defence for standing up at the right time.

Japan started off the proceedings as Kenji Kitazato scored a goal just two minutes into the game. The Indian defender Harmanpreet Singh scored an equaliser at the seventh minute and Varun Kumar followed it up with a goal at the 14th minute. Japan really didn’t give up that easily as Kota Watanabe equalised at the 20th minute. There minutes later Ramandeep Singh gave India lead once again and there started the Indian attack.

This is a great progress for the Indian team under Reid and what awaits them at the qualifiers is a much different and difficult contest. Though India had a great run so far in the tournament, they did have a few glitches. Though it didn’t cost them much in the tournament, there shouldn’t be any room for errors going forward.