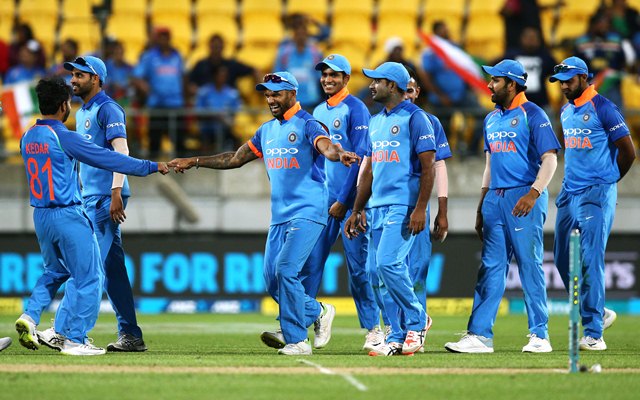 India is all set to wear an orange-dominated jersey in their away matches in the World Cup. ICC is introducing new home and away kits where a few teams will sport different home and away jersey.

India’s jersey is yet to be released and will see the players wear a darker blue in the front, whereas orange will dominate the sleeves as well as the back.

As England is the host, they will wear their newly-launched kit, which is similar to the 1992 World Cup. Whereas, the other teams will sport their “Away” jersey.

Since Australia, New Zealand and West Indies sport different colours, they have the luxury of wearing their traditional colours right through the World Cup.

ICC are yet to make any official announcement on the same.