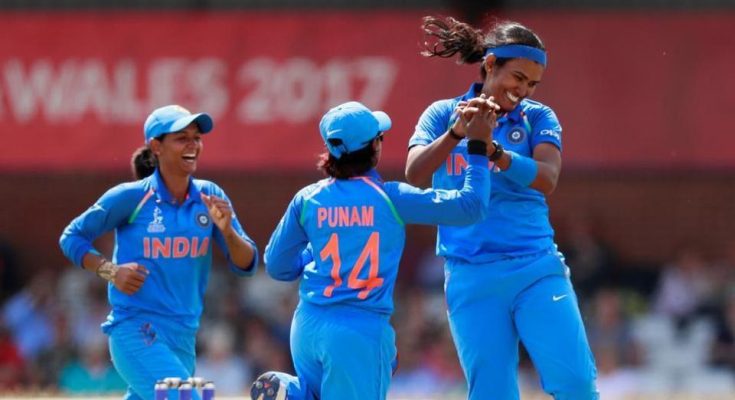 After months, we are all set to witness the Indian women in action as the hosts take on South Africa at Surat on Tuesday.

This is also the first match since the retirement of Mithali Raj from T20Is. When Mithali debuted in international cricket, she was just around 17, and you know the history.

In the first match after her retirement, we might see a fifteen years old young Shafali Verma walking in at her position.

Backed by great domestic records, Shafali Verma is certainly a great pick for the Indian team keeping the World Cup T20 in mind. However, she has great shoes to fill.

Captain Harmanpreet Kaur though confident of the youngster coming good for the team and while addressing the media, she assured that she doesn’t want to add any sort of pressure on the youngster.

“Let her play her game”, said Kaur. Of course, Shefali will be in focus for the game if she gets an opportunity.

India will be happy to have Pooja Vastrakar back into the squad after injury. With Arundati Reddy and Shikha Pandey swinging the ball well, and with Pooja Vastrakar is back in the mix, Mansi Joshi might miss out the contest. Also, Mansi went for 37 in her 3 overs in the practice match.

If Shafali gets an opportunity, Jemimah Rodrigues will have to come at number three (or even down if Harleen Deol is playing as well) and might have to play a different role which will be a learning phase for the youngster.

India continues to back Veda Krishnamurty despite her poor performances in recent times. She had three single-digit scores in the last four innings. She might have to sit out considering the form of other players.

Deepti had a great run in the recently concluded KSL and the experience will definitely help her here.

Talking about the visitors, South Africa had a great outing against the Board President’s XI with Du Preez and Lee making the most of the practice match with the bat.

The positive factor for South Africa lies in the return of Ayabonga Khaka who is back after the shoulder surgery.

Khaka gave away just 7 runs and picked up 2 wickets in the practice match. Captain Sune Luus came good too with three wickets to her name.

All focus will be on the left-arm spinner Nonkululeko Mlaba who is into the squad after some great performances in the Emerging Tour against Bangladesh and the Women’s T20 Super League.

It will be interesting to see if South Africa picks her for the game.

Teams
Everything depends on how the experienced batters Smriti Mandana and Harmanpreet Kaur do here.

The team will need Mandana to bat through with the other batters playing around her. If she comes good, India will have a great chance of winning the match.

Having said that, India will not underestimate South Africa who can turn the table at any moment.

For South Africa, Tazmin Brits, who is in a great form, will be the batter in focus, and of course, Lizelle Lee.

Coming to the bowling, undoubtedly, South Africa’s attack looks great compared to India, but this is 20-over game and anything can happen.

A lot depends on Poonam Yadav when it comes to bowling for India, and for South Africa, Khaka holds the key.