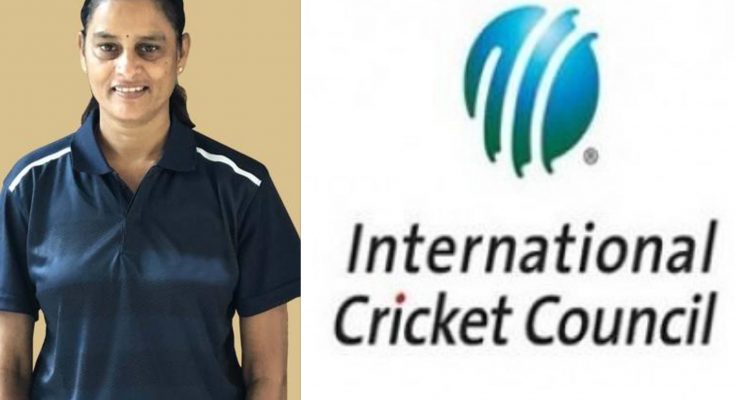 International Cricket Council (ICC) named India’s GS Lakshmi in its list of elite match officials on Tuesday. She is the first woman to be in the list and now she is immediately eligible to referee all international matches.

The 51-year-old Lakshmi, who first officiated as a match referee in domestic women’s cricket in 2008-09, umpired three women’s One-day internationals and as many Twenty20s.

“To be selected in the international panel by the ICC is a huge honour for me as it opens up new avenues. I have had a long career as a cricketer in India and also as a match referee. I hope to put my experience both as a player and as a match official to good use on the international circuit,” said Lakshmi in a statement.

Meanwhile, Polosak’s teammate Eloise Sheridan has become the eighth female to be named on the development panel of umpires.

Adrian Griffith, the ICC’s senior manager of umpires and referees said: “We welcome Lakshmi and Eloise to our panels, which is an important step forward in our commitment to encouraging women officials.

“It is heartening to see their progress and I am sure many more women will be inspired to follow their example. We are committed to ensuring greater gender parity among our officials, but all appointments are made purely on merit.”

Lakshmi officiated the final between the Velocity and Supernovas in the Women T20 challenge or WIPL recently.

Lakshmi represented India from 1986 to 2004. She batted right and was a medium pacer.