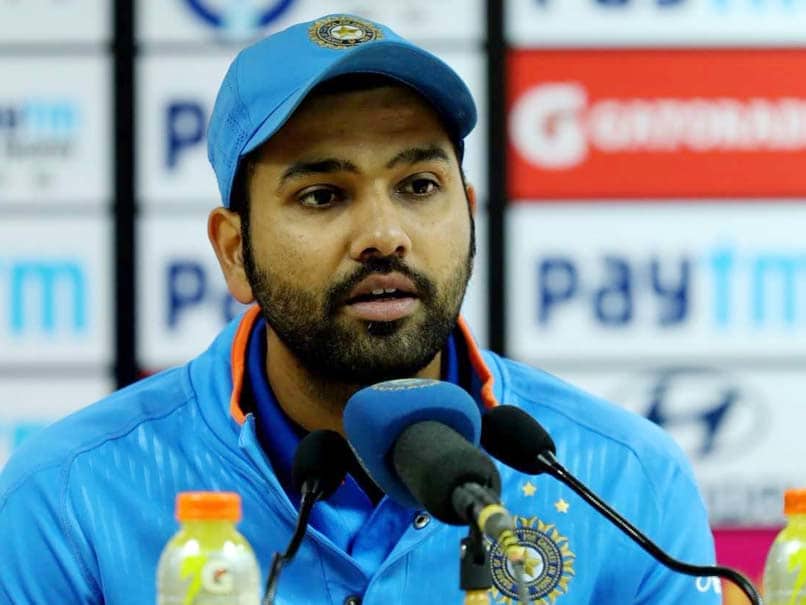 Days away from the Indian World Cup squad selection, the Vice-Captain of the team, Rohit Sharma says that the team selection will be based on the conditions.

Rohit Sharma opened up: “I think we are pretty much settled. There are a few spots (undecided) which everyone knows about but again that depends on what the captain and the coach and the selectors think whether they want to go for the extra seamer or the extra spinner or extra middle order player or a reserve opener.

“It also depends upon the conditions. The last time we were in England, the conditions were quite dry. I don’t know how things will be. So if it is like that, then you take an extra spinner, as simple as that. If it’s not then probably take the extra seamer,” he added.

Rohit Sharma said the Indian bench strength would largely depend on the captain’s opinion.

“I captain my franchise so I know why the captain’s opinion matters in the extra player you want to pick. So I think Virat and Ravi Shastri have to decide the combination and where do they want that extra cushion. So their inputs (will matter) along with the selectors who will be keeping an eye on how those players are doing,” he said.

He added that IPL shouldn’t be the criteria:
“I personally think IPL should not be criteria for selection. You can’t select a 50 overs team based on a 20 overs franchise competition. Yes, form matters. But we have played enough ODI cricket over the last year to know who stands where,” he added.