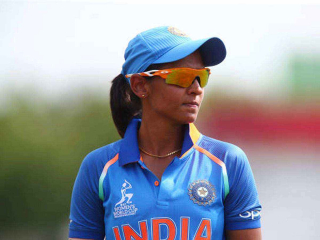 Indian vice-captain Harmanpreet Kaur ruled out of the ODI series against England which starts on Friday. This is a major blow for India as the match will be a part of ICC Women’s Championship second cycle.

Kaur picked up an injury while practising in Patiala a few days back. She tested her condition by fielding on Tuesday but missed the session on Wednesday. She then took the scan and the result showed that she picked up grade 2 tear in the left ankle.

Kaur will fly to Bengaluru to NCA to assess her injury and her participation in the T20I series depends on the result. If not, Smriti Mandhana will captain the Indian T20 side for the first time.

Harleen Deol who played against for Board President Xi against the full England team will replace Harmanpreet Kaur. Harleen Deol managed to score a quick 21 off 29 deliveries and bowled six overs without a wicket.