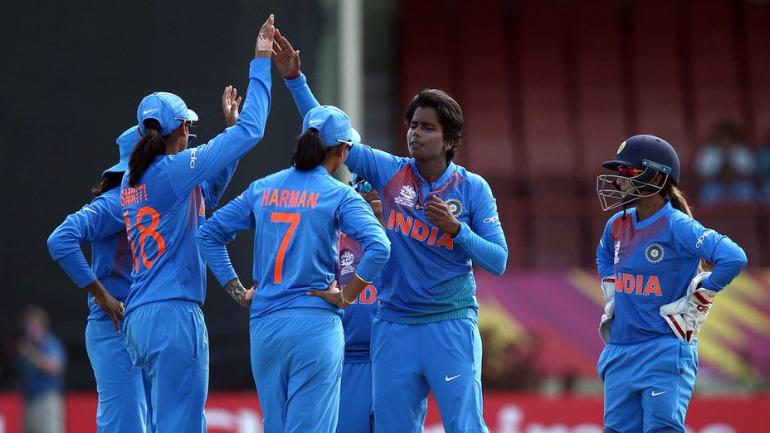 After a pretty straightforward victory in the first ODI, India went in with the confidence of winning the second one, thereby the series while the hosts desperately needed a win on their belt to keep the series alive.

Mithali Raj’s decision to bowl first proved right by the Indian pacers Shikha Pandey and Jhulan Goswami as both Suzie Bates and Sophie Devine had to go early, within five overs. Suzie made a duck while Sophie managed only seven. Playing only her fifth ODI, Lauren Down showed some intent early on but had no answers for Ekta Bisht. In fact, nobody other than captain Amy Satterthwaite showed a positive attitude against the Indian spinners who were all over the New Zealand batsmen. The only other batter who tackled the spinners well was Kasperek. She was promoted up the order today and she managed to provide a bit support to Satterthwaite, the lone warrior. She scored 71 off just 87 deliveries. After her dismissal, the lower order couldn’t score much, thanks to Goswami, as the hosts were cleaned up for 161. Goswami gathered three wickets while the spinner trio- Deepti, Ekta, Poonam-picked two wickets each and Shikha Pandey one.

In return, India came out with no pressure whatsoever but lost Jemimah Rodrigues and Deepti Sharma quickly. With Smriti Mandhana at the other end, captain Mithali Raj had all the time to settle in and take the team home safe. Both the players complimented each other well. Smriti scored an unbeaten 90, her 8th fifty in ten matches while Mithali scored an unbeaten 63, her fourth fifty-plus score in five matches. Also, Mithali has the second most number of 100+ partnership in women cricket now.

With only one ODI to go, a lot depends on the New Zealand openers to get the team back on track. Also, the team did not field well in the second ODI, didn’t pick the Indian spinners. For India, they will be happy about the things so far and will try to finish on a high

Shreyas Iyer to play for Lancashire