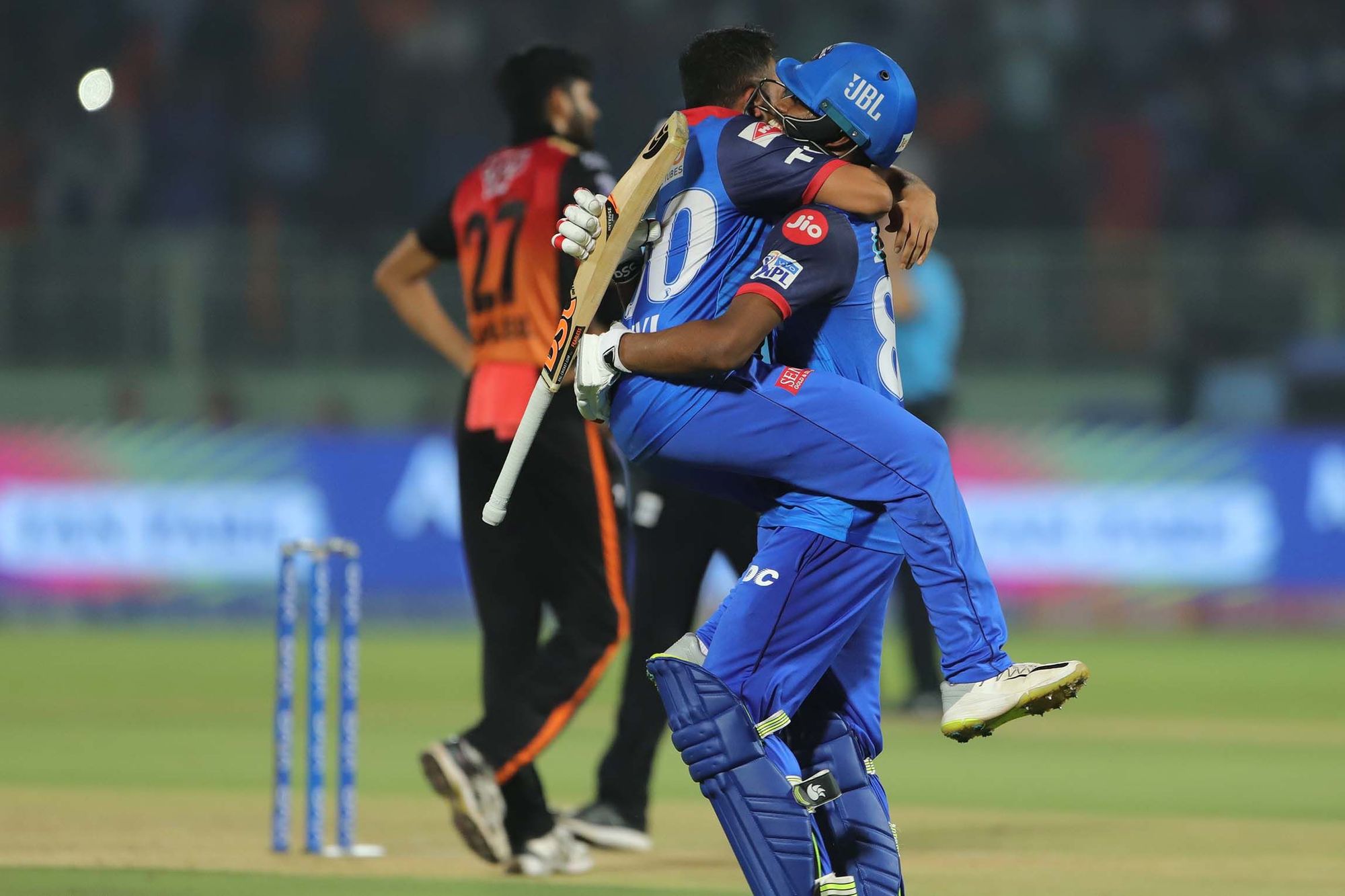 The eliminator started off with Shreyas Iyer calling it right at the toss and asking the SRH team to bat first. It looked like SRH was going nicely when Guptill was smashing all round the park despite losing Saha early. Guptill’s show of 19-ball 36 came to an end as Mishra provided the breakthrough. Guptill’s dismissal helped Delhi to come back into the match as the team kept both Manish Pandey and Kane Williamson quiet for a long time. Manish Pandey managed to make 30 off 36 and Kane Williamson only 27 off 26.

In reply, Delhi had a best possible start as Dhawan and Shaw made 66 for the first wicket before Dhawan got out for 17. When Shaw (56 off 38) and Iyer (17 off 16) were going good, Khaleel Ahmed dismissed both of them in a same over that added twist to the match.

Minutes later, Rashid Khan started doing what he normally does, picked up wickets. First it was Munro and next, it was Axar Patel. Though Axar was given wrong out, Delhi had no review left at that time as Munro wasted it.

When one thought that SRH was getting the things back to control, Kane Williamson took a gamble of making Basil Thampi bowl ahead of in-form Khaleel Ahmed and he paid the price for it as Pant took him for many.

Again, when one thought Pant was going to finish the match for his team, he got out when the team was needing only a few. In the final over, Delhi needed only five runs to win.

Khaleel started off with a wide and the equation became four. Mishra used his experience to nudge it down to pick up a single, made it to three. After missing out on the second delivery of the over, Keemo Paul gave the strike back to Mishra with a single. The next delivery, Mishra completely missed out and ran for a single, unfortunately, he ended up obstructing the field, only the second player to do so in the IPL after Yusuf Pathan.