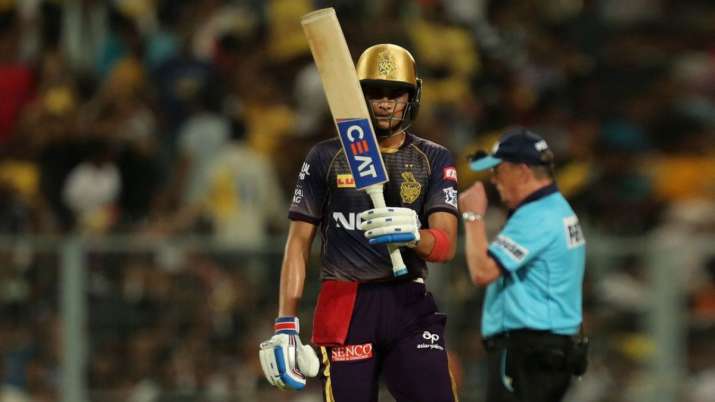 Probably, for the first time in months, somebody actually won the toss and batted first in T20Is. Of course, it is not a strange decision considering the strength of SRH.

SRH have been one of the very few teams who have successfully defended low totals. Today, it should’ve been their day if they had some 20 to 30 runs on their board.

SRH began well with Bairstow and Warner batting in the middle. However, Cummins, who had the worst debut came back stronger here to dismiss Bairstow. Pandey then joined Warner began to work hard for runs.

After Warner’s dismissal, Saha played a run-a-ball knock which wasn’t helping them especially lower down the order. With Pandey scoring an excellent fifty, SRH reached 142 in their 20 overs. Cummins gave away just 19 whereas, Chakravarthy gave away 25 and was the pick of the bowlers, thanks to the caught and bowled wicket of David Warner.

What followed next was Shubman Gill’s persistence to take the team home. He had different partners, starting from Narine to Morgan.

Gill scored an excellent unbeaten 70 and he was well supported by Morgan’s unbeaten 42.

For SRH, Rashid Khan picked up a wicket but it wasn’t enough. The youngster doesn’t look as effective as he used to be because the teams are more keen to play him out these days and it is not helping with only less runs on board.

Breaking: Graeme Smith appointed as Director of Cricket by CSA

Darren Sammy reacts on racist remarks during the IPL