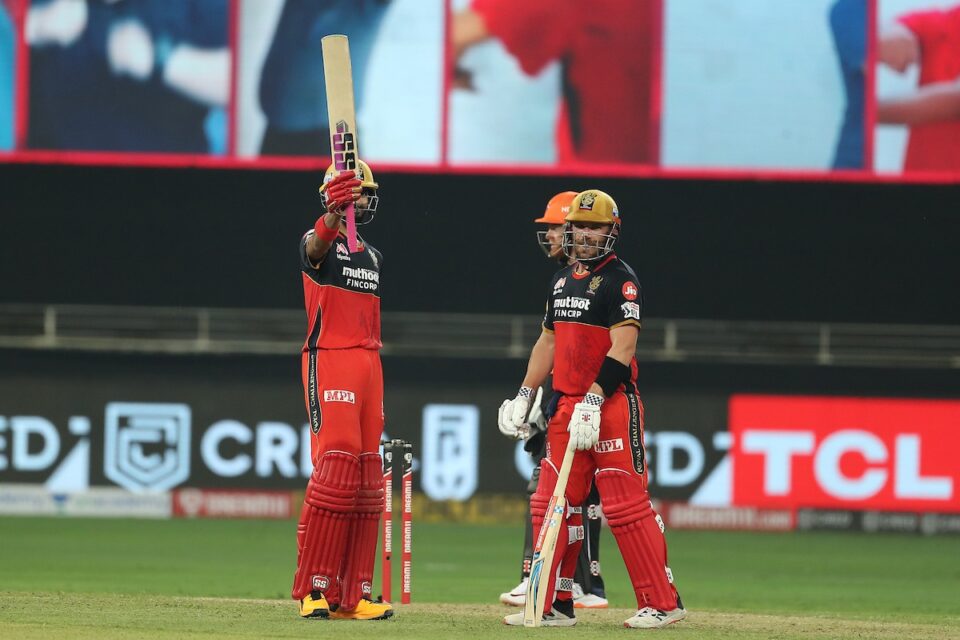 RCB was looking for a positive start after having a forgettable 2019 season and they got it here. The team had defeated SRH by 10 runs.

Batting first, Devdutt Padikal smashed a fifty on his debut, scoring 56 from 42 while opening the innings for RCB. Aaron Finch, who played the perfect second fiddle for Padikal got out for 29 and the duo made 90 runs for the first wicket.

Later, Ab de Villiers’ 30-ball 51 took RCB to 163 in their 20 overs. For SRH, Bhuvneshwar Kumar was economy but went wicketless. Natrajan, Sharma and Shankar had a wicket each for the team.

In return, David Warner ran himself out but Bairstow made sure to keep the team in hunt with a brilliant 43-ball 61. He had a vital partnership with Pandey who had 33 balls 34. Both got out at the wrong time for SRH as the team’s batting order collapsed completely with no other batters except for Garg crossing at least 10.

The game-changer as expected was Chahal. He took 3 for 18 with two wickets in two deliveries. Saini and Dube also had two wickets each. In the end, it was just too much for the Orange Army who fell 10 runs short of the total.

From the match, the team will be kicking themselves for letting an easy opportunity to run away. Marsh could’ve changed the game but the youngster injured himself during the first innings.

For RCB, this isn’t a clear match and they have a few things to address, starting from Yadav’s bowling. However, the team will be glad to start the campaign with the win.

Happy Ashwin might just have another prime in Test cricket