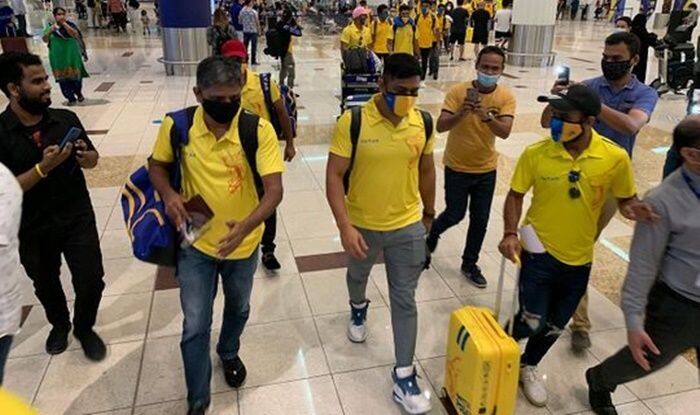 Thirteen members of the Chennai Super Kings contingent including social media team and a player have tested positive for COVID-19 after they underwent the mandatory testing once reached the United Arab Emirates.

According to the latest report in Times of India, the entire squad and supporting staff have gone into quarantine as soon as the test results were out. The names of those who were tested positive are yet to be known.

The CSK team reached the UAE on August 21, and they had completed the mandatory quarantine period as per the government norms. The news came as a shock when they were about to begin their practice session on Friday

Now, they have to extend their quarantine, as a result of which they might get enough practice ahead of the tournament which is set to begin on September 19.As per the TOI report, the team was to undergo their fourth COVID-19 tests on Friday, and the results of those tests would be out only tomorrow.

The BCCI has mandated that all the franchises have to undergo three mandatory tests before they start practice.More to follow…