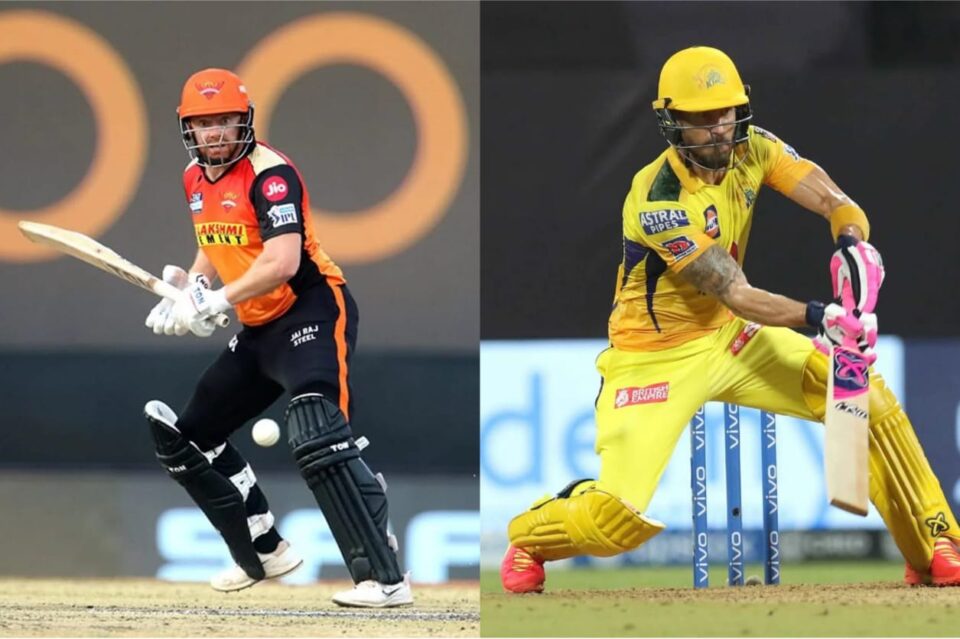 Wednesday witnessed a couple of high octane contest, completely contrasting but was entertaining.

In the afternoon match, SRH took on PBKS in Chennai and the latter batted first.

The collective effort of SRH’s bowlers rattled PBKS as the latter found themselves at 82 for 6. Despite making a couple of changes to the team, PBKS couldn’t do well. Henriques was one change and Allen was other.

In return, Bairstow and Warner destroyed the bowlers and added 73 runs for the first wicket. Williamson, playing his 1st game in this edition, took his team to play until the end while Bairstow managed to score 63* from 56. SRH finally had opened their account with this win.

In the 2nd March, CSK took on KKR in Mumbai and as expected, it was a high-scoring game.

Chennai went in with Gaikwad once again and he proved himself today by adding 64 to the total. Faf du Plessis and Gaikwad added 115 for the first wicket. After Gaikwad’s dismissal, Moeen Ali scored 25 while Dhoni made 17. The team ended scoring 220 runs from their 20 overs.

In return, Kolkata had the worst start possible, losing 5 wickets inside powerplay. Russell and Karthik then joined hands, played as if they had nothing to lose and it worked for them as Russell made 22-ball 54 before getting out to Curran. Karthik then made 24-ball 40 but the star with the bat for Kolkata was Cummins.

Cummins began with big shots and Curran was his bunny at one point. He smashed three sixes off him and took the match closer.

The team then needed just 20 runs from the last over and with no support from other end, Cummins had to take the maximum strike. Unfortunately, Prasidh Krishna got run out and then team went down by 18 runs.

With this win, Chennai Super Kings moves to the top of the table.

MS Dhoni opens up about his talk with Ruturaj Gaikwad

Why is Nathan Lyon nicknamed Garry?

WIPL, Match 3: Supernovas take on Velocity in a must-win encounter