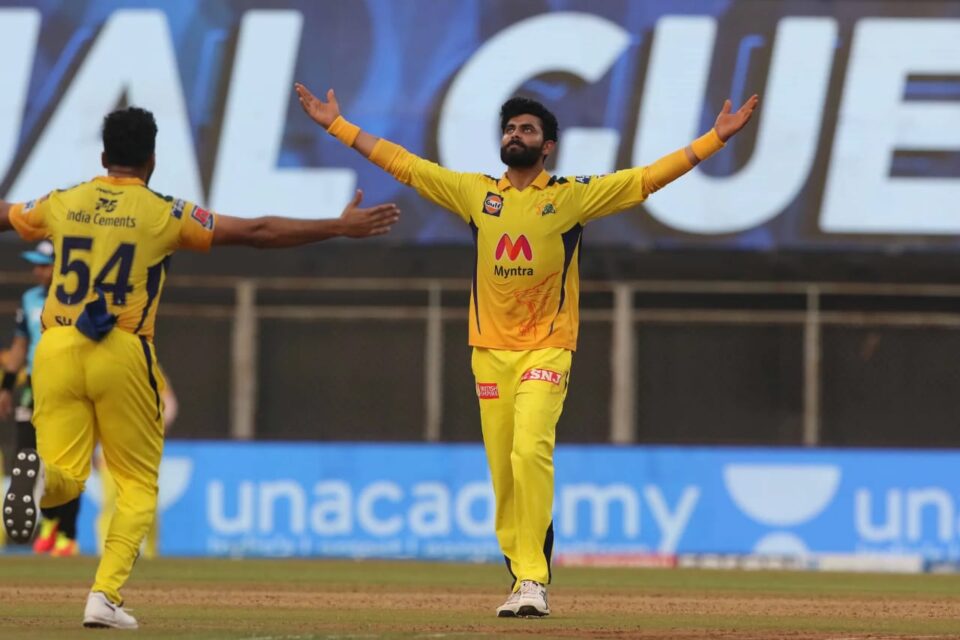 It was Ravindra Jadeja’s day out at Wankhede Stadium as the all-rounder was everywhere today, be it batting, bowling, or fielding. He literally defeated the table-toppers Royal Challengers Bangalore with ease as the latter managed only 122 while chasing 192.

Chennai Super Kings surprisingly opted to bat first on a high-scoring pitch. The team began well with Gaikwad adding 33 to the total and he was the first wicket to fall at 74.

Raina and Du Plessis added a tiny partnership which witnessed Du Plessis crossing his fifty but Harshal Patel came back stronger to dismiss the duo in consecutive deliveries.

Rayudu was the next to go for 14 runs and it was Harshal Patel once again.

Jadeja then began to take on bowlers. No matter who bowled, he was able to convert ones to twos and kept the scoreboard ticking. In the final over, Harshal Patel had no clue as Jadeja took him for 37 runs. While the latter batted well, Patel kept missing his line multiple times and there was a no-ball as well.

Christian probably will be kicking himself for missing out an easy opportunity to dismiss Jadeja for a duck. The latter made 62* from just 28 and took the team to 191.

In return, Padikkal began well and took on bowlers from ball one. He made 34 from 15. Kohli was the first to go, Curran dismissed him for just 8. Sundar then got out to Jadeja.

Maxwell began well for his 22 from just 15 but Jadeja’s magic took him away along with AB de Villiers. The team soon lost the plot and went to make just to give Chennai Super Kings a massive win. Jadeja ended with three for 13 and also had a run-out.

This is the first loss for RCB in this season and CSK moves to the top of the table with this win.